Munya Chawawa’s satirical portrayal of a news presenter covering the Black Lives Matter protests has had more than 2.5 million views. 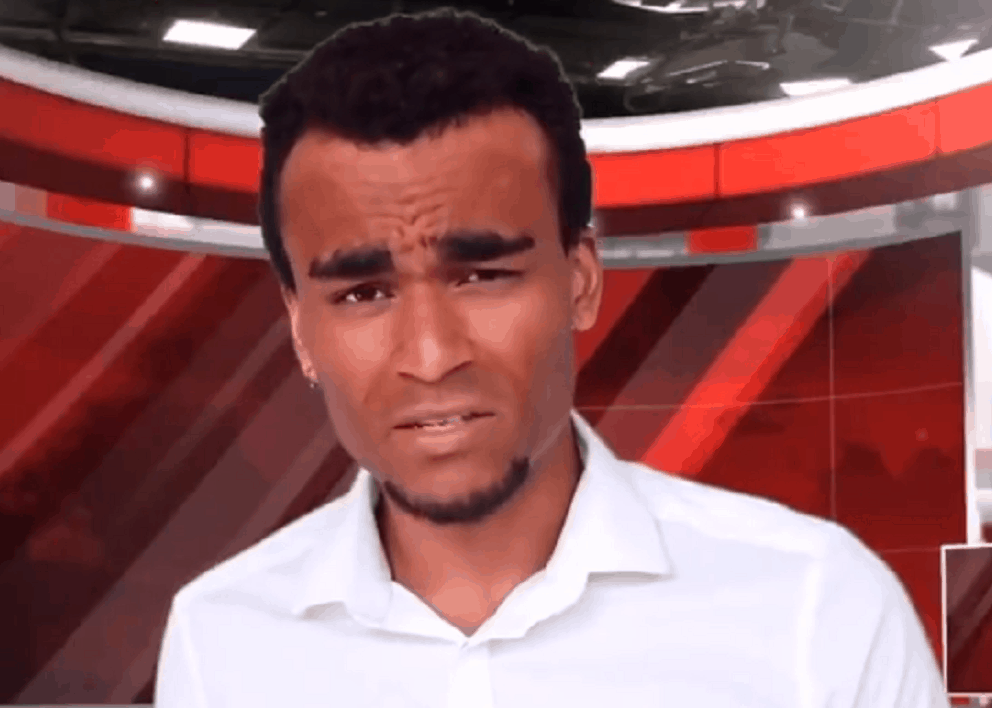 A comedian whose video parodying British news reports has gone viral said he wanted to draw attention to “subtle” racism in the UK media.

After the weekend’s Black Lives Matter protests, Munya Chawawa created a mock news broadcast poking fun at what he saw as the “quite negative” media response.

The video, which has now been viewed 2.5 million times, was shared by actor John Boyega and prompted calls to get Mr Chawawa his own TV show.

“The final racist icing on the pounded yam was when a brown horse aggressively galloped through the streets at the speed of Dominic ‘Vin Diesel’ Cummings,” he joked.

Mr Chawawa, who has been in comedy for two years, said he often addresses race in his performances, and has been disappointed by the media’s coverage of anti-racism protests over the last two weeks.

“The media and public response to the recent Black Lives Matter movement was, I felt – quite negative,” Mr Chawawa told the PA news agency.

“I was reading the comments under news articles, calling protesters ‘scum’, ‘thugs’, ‘lemmings’ – and this was during the peaceful protests.

“Racism in the press is usually quite subtle; maybe it’s getting an easy name ‘mixed up’ or using negatively charged language to provoke a reaction.

“So I thought: let me just do you a favour and say what you really want to say for you.”

Mr Chawawa has previously supported the Black Lives Matter campaign, calling for people to “listen, be empathetic, and try to understand”.

“I grew up in Zimbabwe, where being black was the norm, and I moved back to Norfolk – where it definitely isn’t,” he told PA.

“Throughout my life, I’ve ticked most of the bingo boxes for ‘being a black person’: unsolicited hair touching, n-words over football fallouts, being followed around Tesco by suspicious security guards and, of course, the annual ‘I’m as brown as you!’ from colleagues in summertime,” he said.

“So naturally race and racism is something I address in my comedy.”

Mr Chawawa said that comedy has kept him “busier than I’ve ever been” during the UK-wide lockdown period.

He told PA that lockdown had “already helped me make some of my best content”, referring to another parody of himself as singer “Craig Covid” which also went viral in March.

“However, with this video, what has fulfilled me most has been the messages from black people of all ages telling me I’ve cheered them up and helped lift the mood after two very tense, exhausting weeks,” he added.