A website it trying to identify all statues and monuments linked to the slave trade and racism in the UK. 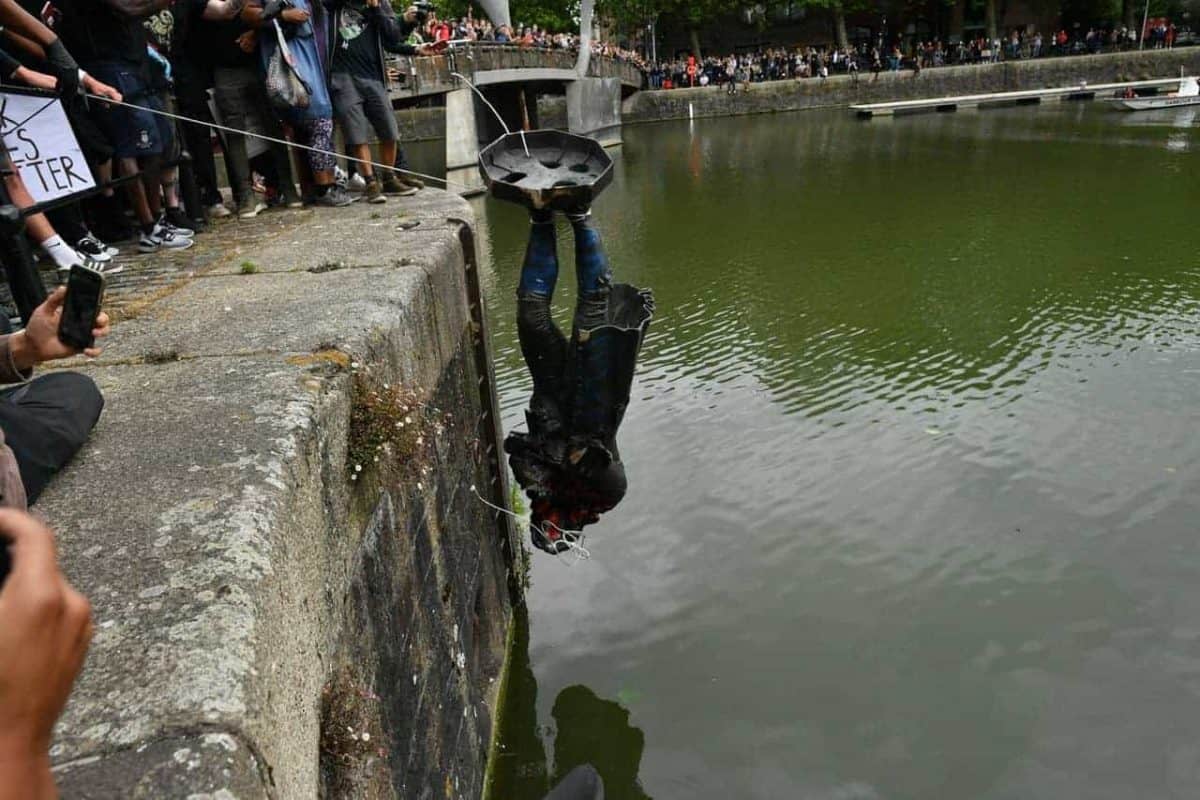 A website has been launched which hope to identify all of the statues and monuments that celebrate figures linked to slavery and racism.

It comes as Bristol’s police chief has defended his officers for not intervening to stop protesters pulling down the statue of slave trader Edward Colston.

The bronze statue of the 17th century figure was pulled down with ropes, dragged through the streets and thrown into the harbour during a Black Lives Matter protest on Sunday.

Avon and Somerset Police have launched a criminal damage investigation into what happened to the statue, which has long been a source of controversy in the city where it has been situated since 1895.

Bristol Mayor Marvin Rees said the damaged statue was likely to be placed in a museum alongside placards from the march that were laid around the Colston plinth.

The leader of Edinburgh City Council has said he would feel “no sense of loss” if a statue of a politician who delayed the abolition of slavery was removed.

Henry Dundas, 1st Viscount Melville, worked to frustrate efforts to end the trade by using his influence as home secretary, setting the move back 15 years.

A 150ft column with a statue of the politician – known as the Melville Monument – stands in St Andrews Square and was vandalised during the Black Lives Matter protest in the Scottish capital on Sunday.

Council leader Adam McVey told BBC Radio Scotland’s Good Morning Scotland programme: “I would have absolutely no sense of loss if the Dundas statue was removed and replaced with something else or left as a plinth.