“This weekend, with the good weather and the new rules…don’t take risks," the former health secretary said at the time. 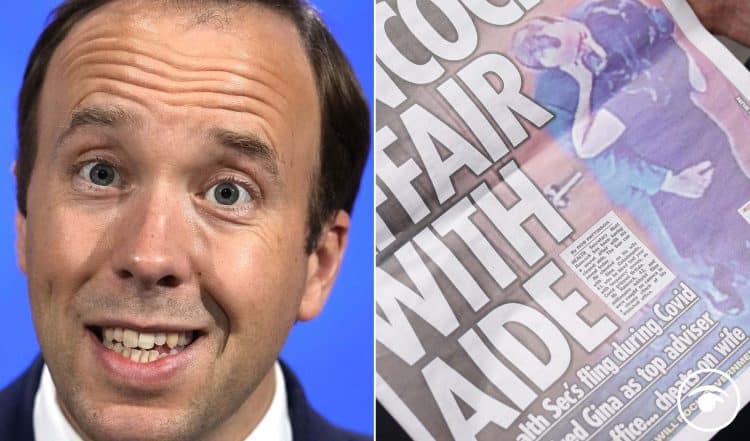 The senior Downing Street official who invited more than 100 employees to a “bring your own booze” party in the No 10 garden during Covid restrictions retains the full confidence of the prime minister.

It comes as Matt Hancock began to trend on Twitter, with his actions and words around the time coming under further scrutiny.

Boris Johnson’s official spokesman confirmed Martin Reynolds, the PM’s principal private secretary, “continues in his role” after ITV News revealed he invited employees to the gathering during England’s first lockdown in May 2020.

Asked whether Mr Johnson still had full confidence in one of his most senior aides, the spokesman said he did.

The leaked email, which came to light on Monday, said: “Hi all, after what has been an incredibly busy period we thought it would be nice to make the most of the lovely weather and have some socially distanced drinks in the No 10 garden this evening.

Bring your own booze

“Please join us from 6pm and bring your own booze!”

Mr Johnson will avoid scrutiny over the allegation on Tuesday, as paymaster general Michael Ellis was instead dispatched to face an urgent question in the Commons.

Asked what the prime minister was doing rather than responding himself, the PM’s spokesman said: “I don’t have the full diary in front of me at the moment but it’s not uncommon, obviously, for Government ministers to answer these sorts of questions.”

But it was comments made by the then health secretary, Matt Hancock that got tounges wagging on social media. After all, he was the face of the lockdown…

Let’s not forget this video by Led By Donkeys…