Rosen had a cast iron excuse why he couldn't make the illegal bash. 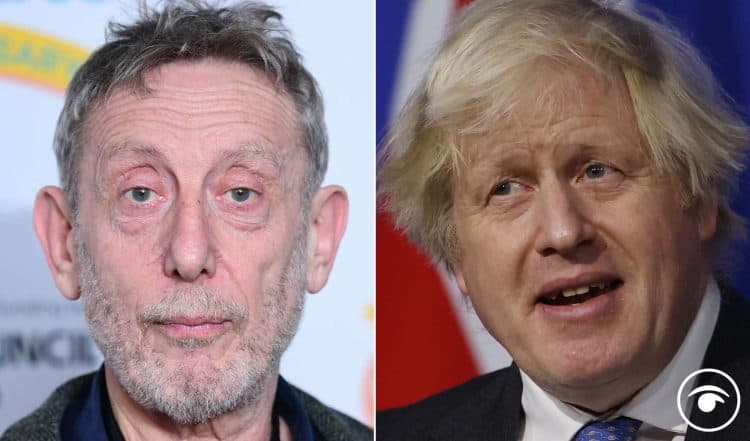 A minister has acknowledged public anger over a lockdown-busting Downing Street drinks party allegedly attended by Boris Johnson and his wife Carrie.

Police are in contact with the Cabinet Office over claims a senior aide to the prime minister organised a “bring your own booze” party in the garden behind No 10 during England’s first lockdown in May 2020.

Martin Reynolds, the PM’s principal private secretary, sent an email to more than 100 Downing Street employees inviting them to “make the most of the lovely weather” in the garden.

England was under tough coronavirus restrictions banning groups from meeting socially outdoors when the message was sent.

The leaked email, obtained by ITV News, said: “Hi all, after what has been an incredibly busy period we thought it would be nice to make the most of the lovely weather and have some socially distanced drinks in the No10 garden this evening.

“Please join us from 6pm and bring your own booze!”

Health Minister Edward Argar told the BBC: “I can entirely understand why people who’ve lost loved ones, or people who’ve just had their lives hugely disrupted by these restrictions, are angry and upset by these allegations.”

But he refused to be drawn on details of the May 20 2020 “socially distanced drinks”, insisting that it was a matter for the investigation into Whitehall parties being carried out by senior official Sue Gray.

The reaction on social media has been fierce, with many people calling for Johnson’s head.

Ed Miliband doesn’t see a way back for the PM:

Gary Neville predicts how it will play out.

And Rachel Clarke pointed out that 363 people died of Covid-19 that day.

John Sweeney said: “One law for us, another for Boris Johnson and his clown car.”

And Liz Saville said there is no need for an investigation on this one.

And the memes were quick to fly in.

On a similar theme….

But was he at the party or not?

He may as well have handed out fliers?

Who is to blame?

“They had ‘garden parties’, they had ‘cheese and wine evenings’, they ‘enjoyed the nice weather, they can get absolutely f*cked,” was the comment from Technically Ron.

And after that tweet, what is left to say?