"Yet again I am being forced by weather to wear a scarf, this is tyranny," wrote James Felton. 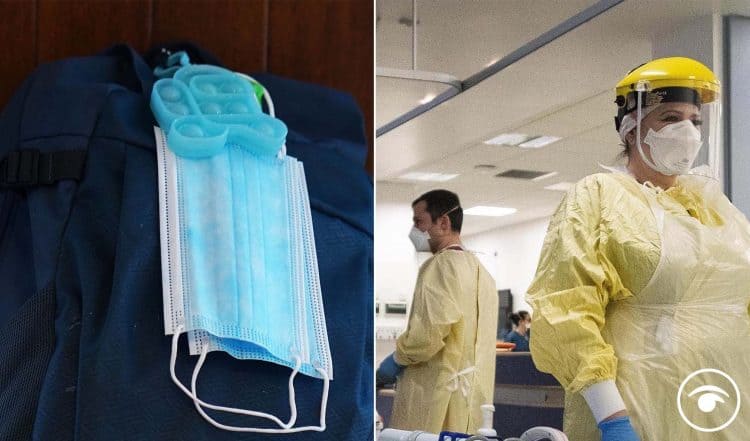 Measures to combat the new Omicron variant of coronavirus come into force today as the prime minister said Covid-19 vaccines and boosters remain the best line of defence.

Face coverings are again compulsory in England in shops and settings such as banks, post offices, hairdressers, and public transport, while all travellers returning to the UK must take a PCR test and self-isolate until they receive a negative result.

All contacts of suspected Omicron cases must self-isolate, regardless of their age or vaccination status.

Retail bosses have warned that they cannot be expected to enforce new rules requiring staff and customers to wear masks in shops.

Helen Dickinson, chief executive of the British Retail Consortium (BRC), stressed that it is the role of the authorities to enforce these new regulations, adding that customers also have responsibility to adhere to the rules.

“Retailers will be communicating the new rules on face coverings in England through in-store signage and other channels,” she said.

As ever there is a movement to refuse to wear a mask, with #DoNotComply trending on Twitter as the measures were announced.

It has left the rest of us very frustrated and many took to Twitter to denounce the decision of some to refuse to wear face coverings.

It hasn’t helped that a number of Tory MPs have been very very reluctant to return to make wearing.

For example, Conservative former minister Sir Desmond Swayne yesterday said: “Over the last few months there has been a useful controlled experiment on face coverings given the different policies pursued in Scotland and England. What estimate has he made of the result? It’s mumbo jumbo isn’t it?”

The health secretary said that if Sir Desmond “is suggesting that there are mixed views on the efficacy of face coverings in helping to fight this pandemic, he would be right”.

If anyone hasn’t seen Piers Corbyn’s anti-masks ‘song’ then here it is (sorry).

Also, where would we be without Gillian McKeith…

As ever people battled back against the no mask ‘spartans,’ with a lot of very amusing tweets.

As ever, it was James O’Brien who had the final word on his LBC show.