Mr Khan previously declared a major incident on January 8 due to the rapid spread of Covid-19 and its impact on the health service. 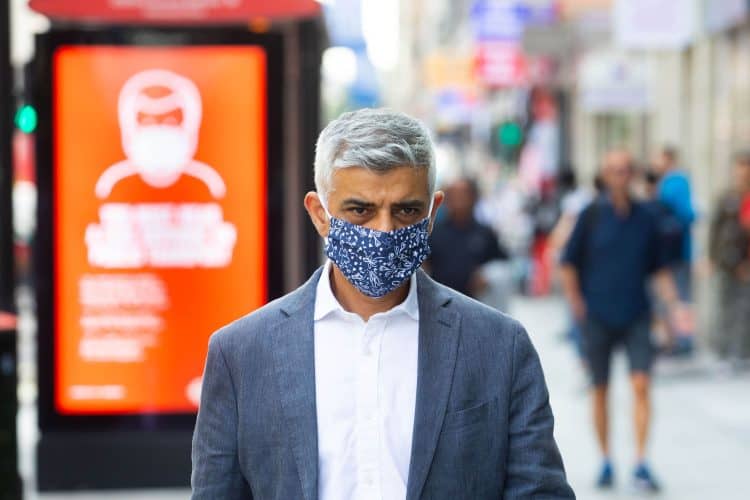 A major incident has been declared in London amid “huge concern” at the spread of the Omicron coronavirus variant across the capital.

It comes after London Mayor Sadiq Khan said he was “incredibly worried” about staff absences in vital public services including the NHS, fire service and police due to rapidly rising cases.

The declaration of a major incident will allow authorities to work together and support each other to reduce service disruption and allow more time to give out booster jabs, the mayor’s office said.

Mr Khan said: “The surge in cases of the Omicron variant across our capital is hugely concerning, so we are once again declaring a major incident because of the threat of Covid-19 to our city.

“The Omicron variant has quickly become dominant, with cases increasing rapidly and the number of patients in our hospitals with Covid-19 on the rise again.

“We are already feeling the impact across the capital and while we are still learning about this variant, it’s right that London’s key agencies work closely together to minimise the impact on our city, including helping to protect the vital vaccination programme.”

He had earlier spoken of his concern at potential staff absences in the NHS, fire brigade, police service, and across councils as more and more people become infected with Omicron.

Georgia Gould, chair of London Councils, said: “The rapid spread of Omicron across our city is of huge concern.

“Local councils have stepped up and played a vital role in supporting their communities through the pandemic, I know they will continue with these efforts but we cannot do this alone.”

Mr Khan called on people to come forward for their boosters and insisted for those who had not had even a first dose of vaccine that it is “never too late” to get a jab.

The mayor, who visited a mass vaccination pop-up clinic at Chelsea Football Club’s Stamford Bridge stadium on Saturday, has said a series of virtual events will take place in the coming weeks which will see health leaders and community representatives work together to encourage more people to get their vaccine.

Omicron is now the dominant coronavirus variant in London, with figures published by the UK Health Security Agency on Saturday showing that 83.4% of a sample of detectable cases in the capital from December 15 and 16 were found to have S gene target failure (SGTF), a way of detecting the likely presence of Omicron.

The number of people in hospital with Covid-19 in London, which has seen some of the biggest rises in cases in the last seven days, has risen to 1,534, up 28.6% on last week, according to Government figures on Friday.

Mr Khan previously declared a major incident on January 8 due to the rapid spread of Covid-19 and its impact on the health service.

It was in place until February 26 as case numbers in the capital fell.