Travellers are trying to beat the country’s incoming ban on UK tourists. 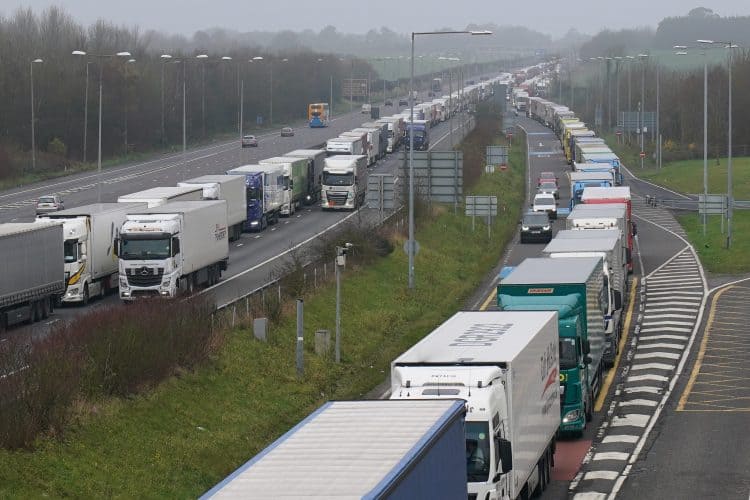 A rush of passengers travelling to France to beat the country’s ban on UK tourists has led to a knock-on effect on freight traffic, resulting in long queues of lorries.

There were lengthy tailbacks on the M20 motorway in Kent heading to Dover and at the entrance to the Channel Tunnel on Saturday.

It followed queues at the Port of Dover a day earlier after many people brought their Christmas travel plans forward to avoid new restrictions imposed by France which came into force at 11pm on Friday.

It was hoped freight traffic queues would clear by Saturday afternoon.

A spokeswoman for Eurotunnel said: “Congestion in Dover overnight and on the A20 into Dover this morning has led to a transfer of freight traffic to Eurotunnel.

“There is currently slow-moving traffic on the approach to J11A (Eurotunnel exit) on M20, but freight is flowing through the tunnel at normal rates and so this will disappear in the coming hours.”

She said all passengers who wanted to get to France through the Channel Tunnel before the deadline had been able to do so.

Under the new rules brought in due to the spread of the Omicron coronavirus variant, UK citizens now need a “compelling reason” to enter France, with trips for tourism or business banned.

Hauliers, transport workers and French nationals are exempt from the new rules.

Related: Circuit-breaker lockdown after Christmas would be too late, expert warns