Mr Hancock resigned from the Cabinet earlier this year after leaked CCTV showed him in a steamy clinch with an aide. 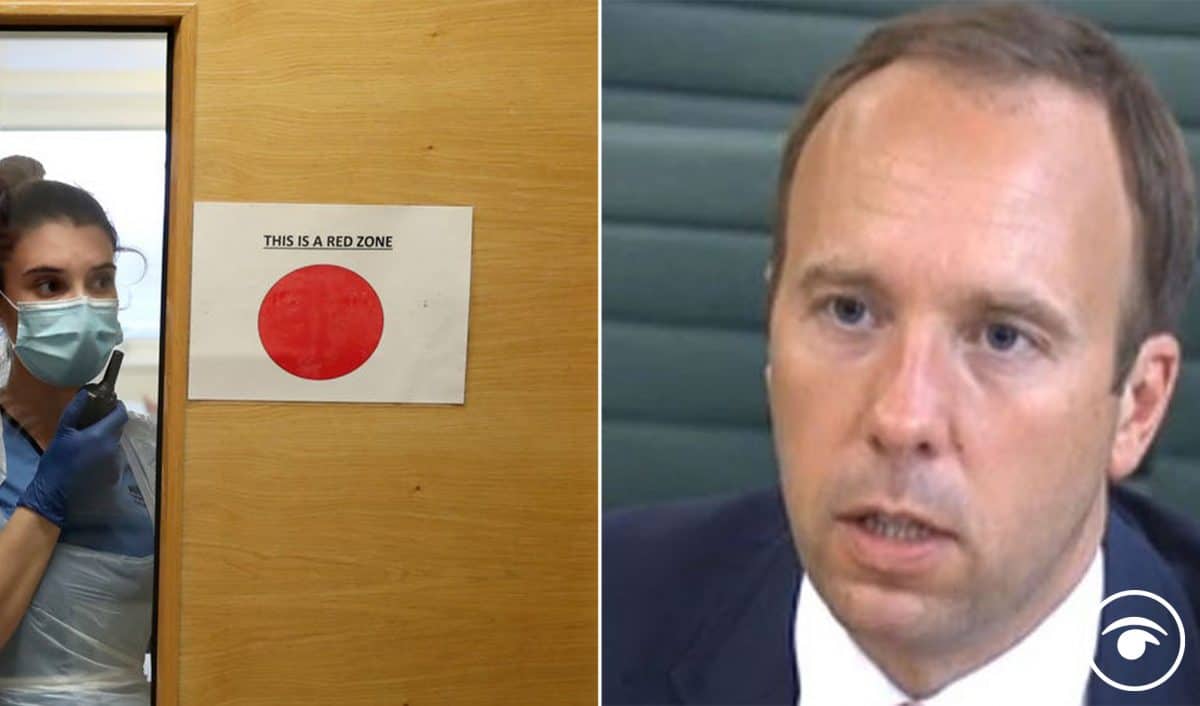 Matt Hancock appears to have breached Covid rules AGAIN – this time by not wearing a mask on the Tube.

The former health secretary, 43, has apologised after he was seen entering an underground station in London on Saturday – without a face covering on.

He had been watching Capital’s Jingle Bell Ball at the O2 Arena – one of a number of public appearances in recent weeks.

Mr Hancock resigned from the Cabinet earlier this year after leaked CCTV showed him in a steamy clinch with an aide.

His kiss and cuddle with Gina Coladangelo, 44, broke social distancing guidelines at the time – forcing him to step down.

And it now seems as though he has flouted the rules again, despite his previous role in tackling the pandemic.

Mr Hancock was spotted in North Greenwich station at around 10:45pm, after the festive music bash – and without a mask.

One frustrated onlooker, who asked not be named, caught the maskless Mr Hancock on video, at the bottom of the escalators, before he had reached the turnstiles.

They said: “Everybody else in the station was wearing a mask – I think that’s why we took a double look.

A spokesman for Mr Hancock said: “Matt was on his way to the tube and put his mask on as he was making his way into the tube station.

“Matt is careful to wear his mask on the tube, which he travels on a lot, and is very sorry for not putting it on sooner in this case.”

The onlooker said they also challenged Mr Hancock about the recent revelations over Christmas parties at No10 – but he refused to comment.

The West Suffolk MP has made several media appearances in recent weeks, including on ‘Good Morning Britain’.

It is believe that he attended the Capital gig with his daughter, where his choice of outfit – a turtleneck – set tongues wagging.