“I am basically British but because of a few technicalities I am treated differently, I just think it’s fundamentally very unfair," she told The London Economic. 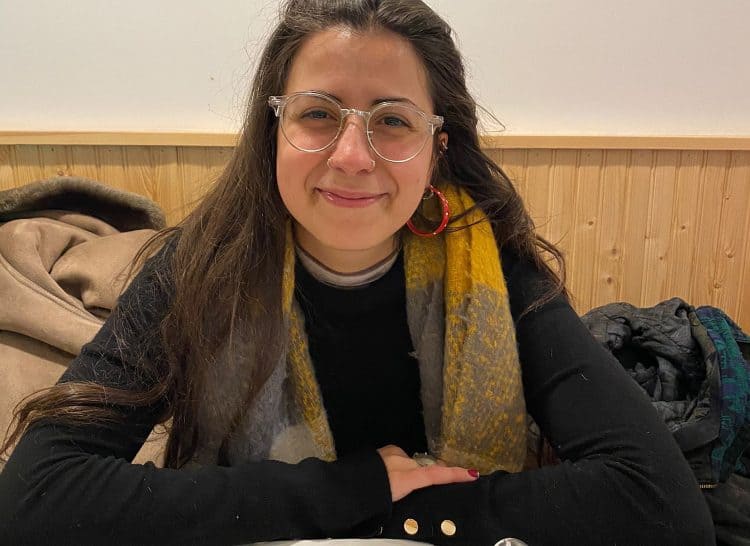 A woman who has spent most of her life in the UK has spoken out about the hoops she went through to have her rights recognised as a British citizen – only to be rejected by the Home Office.

Lucrezia Bosio, 26, was meant to be born at Kingston Hospital in London, where she even had a midwife prepared to bring her into the world.

Her parents, who are of Italian origin, have been living in the UK since the 1980s, so her mother went to Italy whilst pregnant to visit Lucrezia’s grandmother – and whilst there, she acquired health problems which meant she was not allowed to travel back and gave birth in Italy.

As soon as her mother could travel, she took Lucrezia to the UK, where she has been living from the age of two months. Lucrezia went to nursery and primary school in Britain – and did her A-levels too.

She has – ironically, as it will turn out – done immigration work for NGOs – which even included a charity funded by the Home Office.

When she has gone abroad, it was for studying or internships. At the age of 18, she left for the first time to attend university in the Netherlands, and later enjoyed the EU’s Erasmus exchange in Barcelona, where she ended up doing a Master’s too until recent months.

“I mainly chose to study abroad because I’m very interested in international law and development and when I was applying for my bachelor’s and master’s, there was not much available.

“I went abroad because of the prices as well, I couldn’t afford to have a debt like that in the UK,” she told The London Economic.

But her choice of studying abroad like many of her other British classmates was soon going to end up in a loss of around £6,000 in residency applications, lawyer assistance and British citizenship – followed by a refusal of Lucrezia being British.

‘I was rejected four times for permanent residency’

The first step Lucrezia had to take to become British was acquiring permanent residency.

She applied for the first time around the time of the EU referendum, when she wanted to vote but received a rejection letter saying she couldn’t do so because she wasn’t British. “The EU referendum is a decision that really affected me and my family, and I had absolutely no say, and it’s not like I just arrived. I think everyone affected should have had a say but even more if you’ve been living here since the 80s.

“If I had been born here as I was meant to be it would have been different,  but it was just because my mum was really ill.”

She told TLE that the first time she was rejected for permanent residency after being given wrong advice from the Home Office – but the Home Office said it does not give immigration advice.

The third time, she said she was refused because of a technicality with her Italian ID, which meant the Home Office could not read a biometric detail.

And the fourth time, she said it “took them so long to respond” that the card she paid with had expired, so she was rejected – but she got a lawyer involved who overturned the decision.

“It’s affected me a lot because they were rejecting me for things that weren’t anything to do with my actual ties to the UK. Everything, my nursery, my primary school, my doctor, every day is in the UK. How could that outweight everything else?” she said.

She added: “I almost felt like they were trying to refuse it just to keep applying and keep spending money.”

Each PR application cost her £65 – and she eventually received it in November 2017, only to have to apply for settled status in 2019 – a new immigration status offered to EU citizens who apply to keep their rights after Brexit, and which replaces PR as an initial step towards British citizenship.

What determined Lucrezia to apply for citizenship, she says, is realising she does not have many rights in the country she has lived for the vast majority of her life.

But, given her international focus at work, not being British is also affecting her career prospects – as the time she can be out of the country for is limited and could lead to her losing her rights to live in the UK.

“You can lose your settled status if you leave the country for more than a period of time. At the moment, it is five years, but I have experienced rule-changing all the time,” she said.

But she was rejected when she eventually applied for British citizenship, because her studies abroad meant she did not meet the threshold of having lived in the UK continuously for the five years prior to the application.

She said: “We had freedom of movement and I was just excercising my EU rights and now I’m being punished retrospectively.

“I am basically British and because of a few technicalities I am treated differently, I just think it’s fundamentally very unfair.”

She added: “I didn’t apply for citizenship before because we didn’t know we had to. I just feel like, I’ve been here so long. We’ve been here forever. It is so expensive, and at the time we were in the EU and it just wasn’t necessary to spend so much money for something to recognise something that you don’t need.

“What I hear a lot is, you could just wait and apply. But you never know what is going to happen and I just want to be treated like any other British citizen. The only difference between myself and anyone is literally just a technicality of my mother’s health at the time of my birth.

“I don’t want to be afraid that one day I’m going to have to apply for a visa to stay home.”

‘Urgent need for citizenship reform in the UK’

Dr Alexandra Bulat, co-chair at rights campaigning group Young Europeans Network, said: “This is one of many examples of young people who are British in all but paperwork.

“I am sure that if I ask my friends and neighbours, Lucrezia would be considered British – after all, she has lived in the UK all her life. Using her freedom of movement to study abroad should not be a reason to prevent her passports matching her identity.”

She added: “It is not right that children who want to register as British have to pay £1,012 for the application fee, or that adults looking to naturalise pay £1,330 in the fee alone, with the risk of getting rejected – and thus not recovering the fee – for requirements that are not known or other legal complexities.

“We do urgently need citizenship reform in the UK and have a more positive, inclusive policy that actually reflects public views on those who made their lives in the UK.”

A Home Office spokesperson said: “Applicants for British citizenship first need to obtain permanent residency, for which – among other requirements – they require five years’ continuous residence in the UK.

“Ms Bosio failed to evidence that she was eligible for permanent residency under the EEA Regulations at the time of her initial applications, which were therefore refused. She was subsequently granted permanent residence once an application containing all the relevant information was submitted.

“Upon applying to the EU Settlement Scheme she was granted settled status in just four working days.”