James O'Brien might have figured out why Lord Sugar is so keen to get people back into the office rather than working from home. 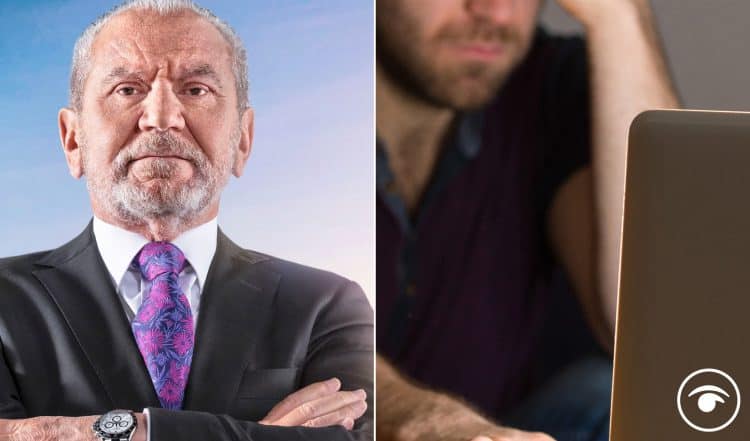 Working from home could add an extra £131 a month to energy bills under the new price cap, consumers have been warned.

Employees have been advised to weigh up the cost of their commute against the soaring price of energy from October 1, with those paying less than £30 a week for travel possibly better off going into the office to save money, Uswitch said.

It comes as Lord Sugar slammed people working from home.

Posting on Twitter, he replied to someone and said: “Listen scum bag most who work from home watch more TV than work. There are a few exceptions but the majority are lazy gits. When some of my companies recruit the first question asked by some applicants is “can I work from home” . They are shown the door .”

James O’Brien was quick to point out why Sugar might want his people back in the office:

A typical household will run up a £363 monthly bill for gas and electricity under Ofgem’s new £3,549 price cap for the three months from October 1.

However full-time workers are estimated to increase their daily gas use by 75% based on them having the heating on for an extra 10 hours a day during the coldest months, while electricity use is predicted to rise by 25% as they cook meals and prepare cups of tea at home.

Larger households with a higher energy consumption are likely to pay £513 a month, rising to £698 for those who are working from home. These households could save money if their total weekly commuting costs add up to less than £46, the switching and comparison site calculated.

Occupants of smaller homes like flats are likely to pay £243 on average a month for their energy bill, rising to £330 for those working from home.

These householders are unlikely to find it cheaper to work from home unless their commuting costs are less than £20 a week.

Latest predictions suggest the price cap is predicted to rise further in January to £5,386, meaning that the average household will be paying £580 a month for their energy, compared with £789 for those who are working from home. Only those paying £49 or more to commute would find it cheaper to work from home.

The difference is even greater for larger homes that use more energy, with an average January bill of £861 rising by £310 for home-workers to £1,171 a month.

Uswitch energy spokesman Ben Gallizzi said: “Working from home during the colder months of the year is obviously going to be more expensive as employees are likely to need their heating on during the day.

“Using extra energy when the heating would usually be off will be especially noticeable on bills this year with prices rising by 80%.

“Not only do people working from home use more energy staying warm, they are also cooking lunch and making cups of tea, as well as running computers, TVs and phone chargers.

“The amount of extra energy home workers use will vary, but we estimate that people at home for an extra 50 hours per week could use about 25% more electricity and 75% more gas per day this winter.

“Based on this, for workers who don’t have an expensive commute, working from the office is likely to be more economical this winter.”

Related: Boris Johnson is on a farewell tour and it’s left some people bemused