Meanwhile in the UK more councils have signalled using churches, community centres and libraries as so-called ‘warm banks’ for people unable to afford to heat their homes this winter. 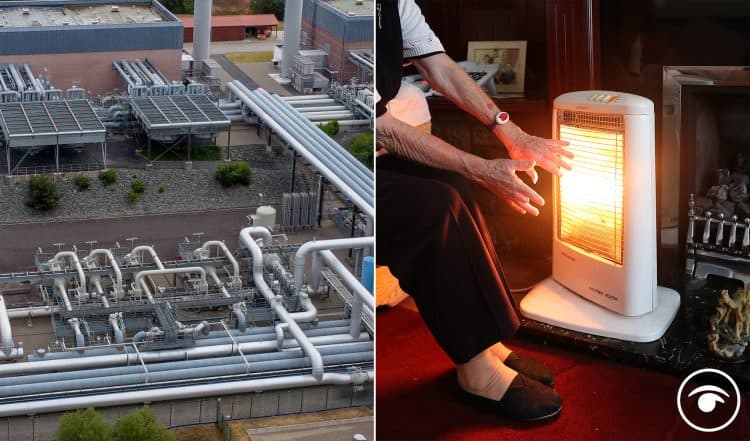 Russia’s Gazprom has stopped the flow of natural gas through a major pipeline from Russia to Europe, a temporary move it had announced in advance.

The Russian state-controlled energy giant said earlier this month that it would the cut the flow of gas through the Nord Stream 1 pipeline until Saturday in a three-day pause for routine maintenance at the Portovaya compressor station.

The head of Germany’s Federal Network Agency, Klaus Mueller, said that the maintenance work is technically incomprehensible and he considers it a way of punishing Germany for siding with Ukraine since the Russian invasion.

However, Germany have quickly moved away from their reliance on Russian gas and has taken measures to cut energy use this winter, as you can see from this tweet, below.

In 2021, Russia accounted for 55 per cent of Germany’s gas imports, a level that had declined to 26 per cent by the end of June 2022 reports World Economic Forum.

Like other European Union member states, Germany has agreed to cut gas consumption by 15 per cent between August 2022 and March 2023, to avoid gas shortages and spiraling prices, reports the IMF.

He also claimed that the target for October – reaching 85 per cent capacity – could be reached as early as the beginning of September.

This is enough energy to see the nation through winter.

Meanwhile in the UK more councils have signalled using churches, community centres and libraries as so-called ‘warm banks’ for people unable to afford to heat their homes this winter.

The Local Government Association (LGA), which represents councils in England, said while local authorities were doing “all they can”, ‘warm banks’ were “not alternatives” to providing householders with “adequate resources” to make heating their homes affordable.