"The criminal always returns to the scene of the crime," tweeted Danny Wallace in response. 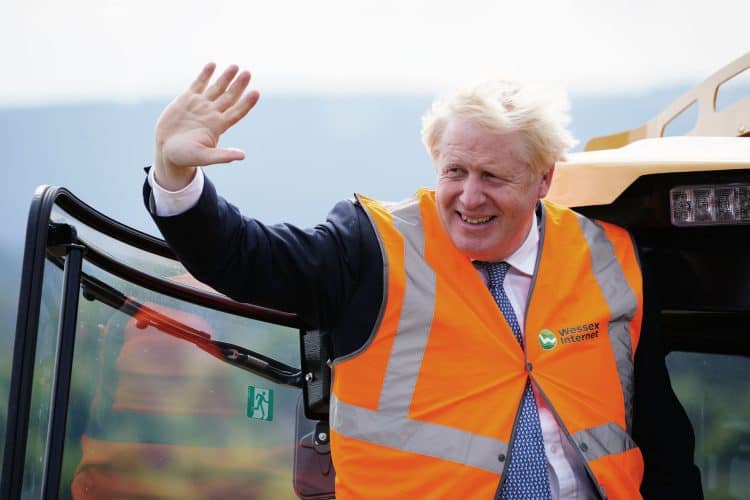 There are a lot of issues facing the UK at the moment, so our outgoing PM has decided to go on a farewell tour of the nation.

However, is it actually a comeback tour?

Yes, this is not a joke.

He has refused to rule out a political comeback as he faced his final few days in No 10.

On a visit to Dorset, he declined to be drawn on what he will do when is replaced as prime minister by either Liz Truss or Rishi Sunak.

The outgoing Prime Minister instead put his focus on the expansion of gigabit-speed broadband, as he sought to emphasise his Government’s achievements.

Asked if he would rule out a comeback, Mr Johnson told reporters: “I think on the whole people in this country are more interested in their gigabit broadband than they are in the fate of this or that politician.”

The Daily Express is backing his time-wasting, sorry, farewell tour.

The news that after his holiday Johnson is now on a farewell tour has not gone down that well with these people:

Related: Boris Johnson will try to make comeback as PM in style of Trump or Berlusconi