In Wennington, east London, locals described the fire which swept through village as being "like a scene from the Blitz". 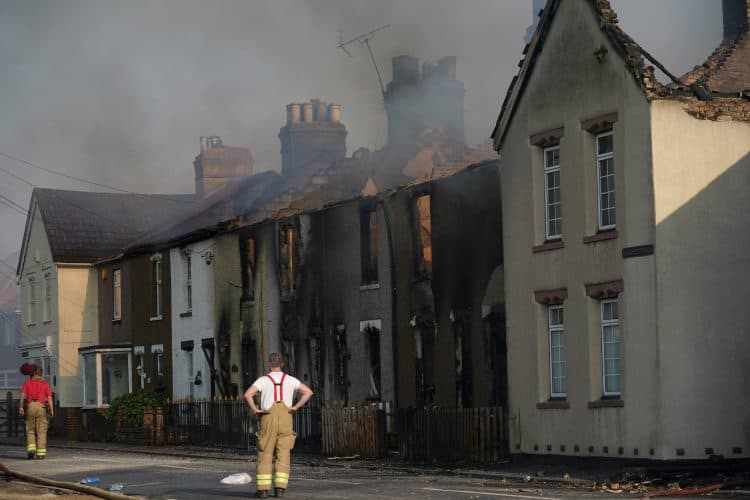 The capital was one of 15 areas around the UK to declare a major incident, with the fire brigade receiving 2,600 calls across the day.

A resident of the village said it was “like a scene from the Blitz” after around 19 houses were destroyed, with people left stranded after fires first seen in back gardens rapidly tore through rows of houses.

An entire street became engulfed in flames at one point, with neighbours gathering together to seek refuge in a local church, residents said.

Speaking to BBC Radio 5 Live, Tim Stock said: “It was like a warzone. Down the actual main road, all the windows had exploded out, all the rooves had caved, it was like a scene from the Blitz really.”

Sadiq Khan also said the London Fire Brigade struggled to keep up as it battled dozens of fires at the same time.

He said: “Yesterday was the busiest day for the fire service in London since the Second World War.