The Mayor of London was being questioned when he lost his cool in the city's Assembly. 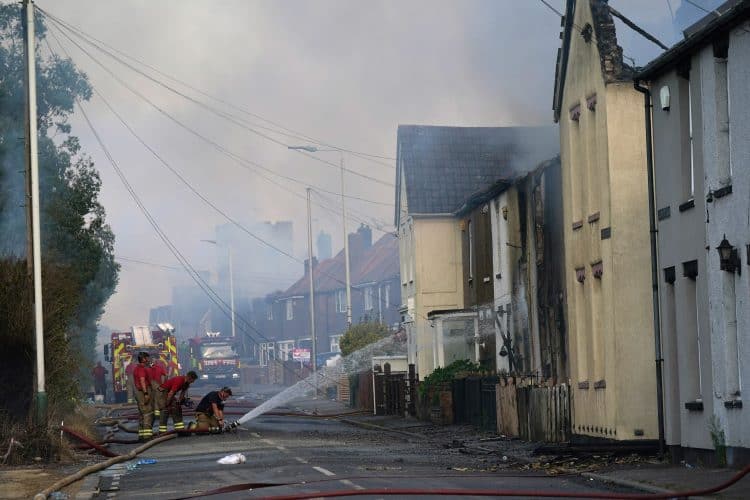 Fires are continuing to ravage through houses and buildings across the UK after temperatures topped 40C in the UK for the first time ever.

As London, and the rest of the country burns, a clip of Boris Johnson being very rude about cuts to the fire service has resurfaced.

A new record for the hottest day ever seen, of 40.3C, was recorded in Coningsby, in Lincolnshire, on Tuesday afternoon – beating the previous record of 38.7C in Cambridge three years ago, by 1.6C.

Two “large-scale” incidents took place in Upminster and the village of Wennington, east London, where black smoke billowed into the air, while flames destroyed buildings and ravaged nearby fields.

Several other significant incidents also occurred in the capital, with people urged not to have barbecues or bonfires due to the “unprecedented” challenges crews face.

He also said: “It would be premature to say we are out the other end of this incident”.

This was the scene on the A2 near Dartford.

Few will doubt the bravery of the firefighters tackling these multiple fires burning across the capital and beyond.

However, it is worth looking back to an angry exchange when Boris Johnson, then mayor of London, told a London Assembly member to “get stuffed” during an increasingly angry exchange over the impact of fire service cuts.

The Mayor of London was being questioned when he lost his cool and fired off the remark to Andrew Dismore.