Sadiq Khan said LFB is under “immense pressure” owing to a number of fires across the city. 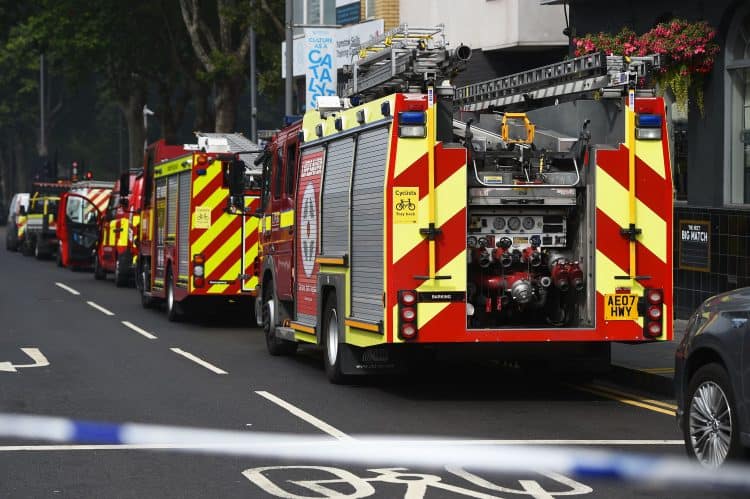 London Fire Brigade has declared a major incident due to “a huge surge” in blazes across the capital amid the 40C heat.

It comes as around one hundred firefighters tackled a huge blaze in the village of Wennington, east London, on Tuesday afternoon, with television footage showing black smoke billowing into the air, with buildings and fields on fire.

Sadiq Khan said LFB is under “immense pressure” thanks to a number of fires across the city.

The London Mayor said on Twitter: “London Fire Brigade has just declared a Major Incident in response to a huge surge in fires across the capital today.

“This is critical: @LondonFire is under immense pressure.

“Please be safe. I’m in touch with the Commissioner and will share updates when I have them.”

It came as temperatures in the city hit around 40C amid the heatwave blasting the nation.

LFB said 15 fire engines and around 100 firefighters were called to the scene in Wennington at just after 1pm.

At least one home appeared to be completely destroyed in the blaze, while smoke covered a wide area.

Nearby fields were seen to be scorched.

The fire brigade said on Twitter: “We’ve got 15 fire engines and around 100 firefighters dealing with this blaze on The Green in #Wennington.”