“Our village continues to stink and suffer, and my little boy still struggles to breathe. Hearing him cry ‘Mummy, mummy, I can’t breathe’ motivates me to do everything I can to fight for his health.” 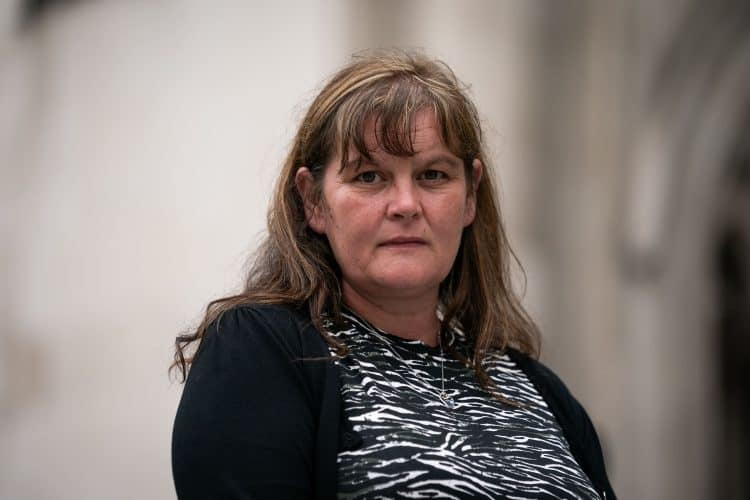 A mother says she is “heartbroken” after a regulator won a legal challenge over a Staffordshire landfill site she accused of emitting noxious gases that risk shortening her son’s life.

Rebecca Currie, who lives near Walleys Quarry in Silverdale, Newcastle-under-Lyme, took legal action against the Environment Agency on behalf of five-year-old Mathew Richards due to concerns over his health.

Lawyers representing Mathew said there is a “public health emergency” in the vicinity of the quarry, arguing that hydrogen sulphide emissions are affecting “hundreds and probably thousands of local people”.

The High Court was told in August that Mathew is a vulnerable child, born prematurely at 26 weeks with a chronic lung disease and he needed oxygen support for 19 months.

In September, Mr Justice Fordham made a declaration that the Environment Agency (EA) “must implement” Public Health England’s advice to reduce concentrations of hydrogen sulphide in the local area to one part per billion, less than an eighth of the level that can be smelled, by January 2022.

But the EA challenged the ruling, with senior judges saying they allowed its appeal on Friday, with written reasons to come at a later date.

Mathew’s solicitor, Rebekah Carrier, said they “anticipate asking the Supreme Court to deal with this case as a matter of urgency”.

Ms Currie said: “I am heartbroken by the decision and do not understand why our own government bodies are not protecting us from poisonous gases.

“Our village continues to stink and suffer, and my little boy still struggles to breathe. Hearing him cry ‘Mummy, mummy, I can’t breathe’ motivates me to do everything I can to fight for his health.”

Ms Carrier said: “We are obviously very disappointed by the Court of Appeal’s decision and await their full reasons.

“However, this case concerns a little boy’s right to life and this is a case where the agency, charged with the protection of public health, should be held to account by the courts.”

In its Court of Appeal challenge the EA argued this was not a case where any court intervention was “justified or appropriate” and claimed there was evidence that it was taking measures to respond to Public Health England (now the UK Health Security Agency) recommendations.

Sir Keith Lindblom, senior president of tribunals, sitting with Lord Justice Lewis and Lady Justice Elisabeth Laing, allowed the appeal at a hearing in the Royal Courts of Justice in London on Friday.

He said the effect was that Mr Justice Fordham’s declaration was “set aside forthwith”.

Judges also dismissed a cross appeal brought by Mathew’s lawyers, arguing that Mr Justice Fordham was wrong not to declare the EA was in breach of its obligations over the boy’s human rights.

In written arguments, Timothy Mould QC, for the EA, said it did not challenge the judge’s findings over Mathew’s “vulnerable state of health”, nor the need to take steps so that gas emissions return “as soon as reasonably practicable to acceptable levels for the protection of public health in the local community”.

He added that the regulator had been “clear” that it “had taken, was taking and would continue to take the necessary and appropriate practical measures” to reduce emissions levels.

Mr Mould said there was “no evidence” that actions it was requiring the site operator, Walleys Quarry Ltd, to take were “not the right measures, or would not be effective”.

He said it was for the EA as the “designated, specialist statutory regulator”, and not the court, “to evaluate and to determine the further action needed”.

Mr Mould added that Mr Justice Fordham’s declaration “effectively” required the EA “to achieve mandatory outcomes in a field of regulatory action that is fundamentally risk-based and where the evidence before the court did not establish that such outcomes were necessarily capable of being achieved in the terms declared by the judge”.

Mathew’s lawyers said in written arguments that the EA appeal was “without merit”, that it was not a case of “judicial overreach”, and that the regulator had previously “not come close to demonstrating that it had done everything within its powers necessary to avoid the risk to Mathew’s life”.

An EA spokesman said after Friday’s ruling that it had required the site operator to make “substantial changes” and that it was “determined” to protect the local community.

He added: “Following our interventions there has been a clear downward trend in hydrogen sulphide levels recorded at our air quality monitoring stations in recent months, with most sites showing concentrations below the WHO (World Health Organisation) annoyance threshold most of the time – and three of our four monitoring sites showing concentrations are now below the long-term (lifetime) health-based guidance value.

“These improvements do not diminish in any way our continued focus on bringing those emissions under control and ensuring they remain so.”

Welcoming the ruling, a spokesman for Walleys Quarry Ltd said: “We have worked tirelessly from the outset with the EA in proposing to them and subsequently funding viable and innovative solutions to any genuine issues around the site.

“We remain committed to working with the EA, continuing to lead on proposing solutions and play our active role in resolving any issues to the satisfaction of all parties.”