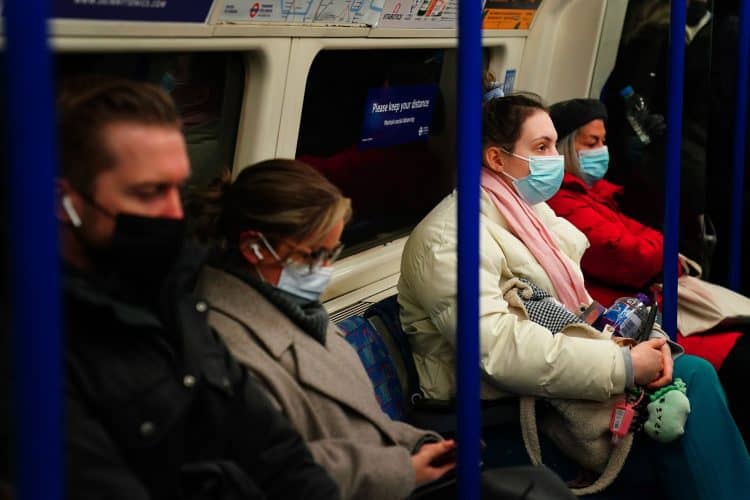 London Mayor Sadiq Khan has said he is “incredibly worried” about staff absences in vital public services including the NHS, fire service and police due to rapidly rising cases of the Omicron variant, as he urged people to get vaccinated.

Mr Khan called on people to come forward for their boosters and insisted for those who had not had even a first dose of vaccine that it is “never too late” to get a jab.

Omicron is now the dominant coronavirus variant in London, with figures published by the UK Health Security Agency showing that 80.8% of a sample of detectable cases in the capital from December 14 and 15 were found to have S gene target failure (SGTF) – a way of detecting the likely presence of Omicron.

The number of people in hospital with Covid-19 in London, which has seen some of the biggest rises in cases in the last seven days, has risen to 1,534, up 28.6% on last week, according to Government figures on Friday.

By comparison, the rise in hospital admissions across the UK was two per cent on the previous week.

Mr Khan told BBC News: “The big issue we have is the number of Londoners who have this virus and that’s leading to big issues in relation to staff absences and the ability of our public services to run at the optimum levels.

“I’m incredibly worried about staff absences in the NHS, in the fire brigade, in the police service, in our councils across London. That’s why it’s so, so important for everybody who’s eligible to receive the booster, everybody should be getting the vaccines as well.”

Mr Khan, who visited a mass vaccination pop-up clinic at Chelsea Football Club’s Stamford Bridge stadium on Saturday, has said a series of virtual events will take place in the coming weeks which will see health leaders and community representatives work together to encourage more people to get a jab.

The Mayor’s office said the sessions will include representatives from NHS London as well as from black, Muslim, Jewish and eastern European communities “to encourage open and positive conversations on the current situation in London and why vaccines are such a crucial part of keeping us all safe”.

Mr Khan added: “Over the last week we’ve seen Londoners of all backgrounds and ages lining up outside our pharmacies, hospitals and pop-up vaccination centres which are working around the clock as part of the biggest booster rollout in the country.

“As cases of the Omicron variant continue to rise, I want to make a direct appeal to the more than one million Londoners who are yet to come forward for any Covid-19 vaccinations – it’s never too late to get your first or second dose. It will help to protect you, your loved ones and our NHS.”