Boris Johnson previously said he would prefer to be “dead in a ditch” than fail to leave on October 31. 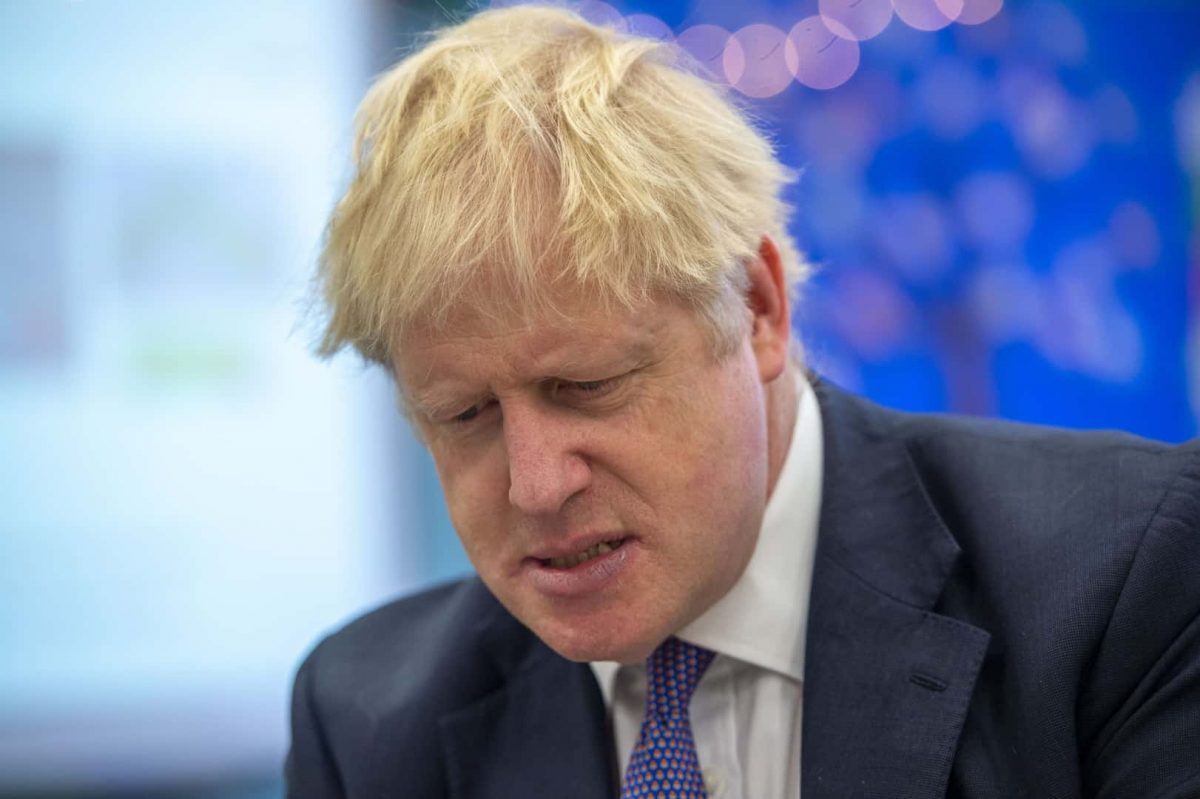 Britain will remain in the European Union until next year unless Parliament ratifies Boris Johnson’s Brexit deal sooner, the remaining member states have agreed.

The Prime Minister has insisted he would prefer to be “dead in a ditch” than miss the October 31 deadline and spent a reported £100 million taxpayers’ money on adverts promoting the date.

Despite the delay looking increasingly likely, Johnson had vowed he would rather be “dead in a ditch” than delay Brexit past October 31, and the government has spent £100 million on adverts preparing the UK for a Halloween withdrawal.

There will be three possible dates the UK can leave the EU if Parliament agrees a Withdrawal Agreement before – November, December or January.

The leaked EU draft was first revealed by The Guardian newspaper, with a source saying that it would be “very probably” announced on Monday morning.

According to the newspaper the document ambassadors are expected to approve states: “The period provided for in article 50 (3) TEU as extended by the European council decision (EU) 2019/584 is hereby further extended until 31 January 2020.

“In the event that the parties to that agreement complete their respective ratification procedures and notify the depositary of the completion of these procedures in November 2019, in December 2019 or in January 2020, the withdrawal agreement will enter into force respectively on [the first of the month of the relevant month].”

The extension includes a commitment that the Withdrawal Agreement will not be renegotiated again in the future.

According to the BBC, under the draft proposal, the EU will retain the right to meet without UK representatives during the Brexit extension.

Under legislation known as the Benn Act to prevent a no-deal Brexit, Boris Johnson will be obliged to accept the EU’s offer of a three months extension.

MPs will vote later on Monday on whether to back a December general election while EU ambassadors decide on the length of a Brexit extension.

The Prime Minister’s election bid on Monday, to be made under the Fixed-Term Parliaments Act (FTPA), would require a two-thirds Commons majority – 434 MPs – to agree to an election on December 12.

The PM will likely fail to secure “super majority” support for a December election on Monday – but knows he will require 100 fewer MPs to grant the same request just 24 hours later.

Johnson has already had two requests for an election refused, but the Liberal Democrats and Scottish National Party have offered the PM a way out of the deadlock.

Lib Dem leader Jo Swinson and the SNP’s Westminster leader Ian Blackford have put forward a tightly-drafted Bill that would grant an election on December 9 – three days earlier than the PM’s suggested polling date – as long as the European Union grant an extension until January 31.

The draft law, currently scheduled for Tuesday’s sitting, would require a simple majority of 320 MPs to support it in order to dissolve Parliament – 114 fewer than under the FTPA “super majority” rules.

With the SNP and Lib Dems supporting the initiative, the Bill is likely to pass even without Labour backing.

Downing Street indicated it could be willing to support the pro-Remain parties’ proposals in a possible compromise offer.

A Number 10 source said if the Government’s request for an election was lost, “we will look at all options to get Brexit done including ideas similar to that proposed by other opposition parties”.

If passed on Tuesday, the SNP-Lib Dem Bill is likely to achieve Royal Assent by Thursday and Parliament would be dissolved by the end of the week for the first December poll in almost a century.

Its quick dissolution turnaround period would mean the Withdrawal Agreement Bill – the attempt to put Johnson’s Brexit deal with the EU into law – would fail to pass before Halloween.

Scottish First Minister Nicola Sturgeon took to Twitter to explain why the SNP was backing a December 9 election.

She said there was “no evidence” that a majority for a second referendum existed in Parliament and that it would be more embarrassing for the Conservative Party leader to have to fight an election before having delivered Brexit as promised.

“An election now would instead force him to explain his failure to keep his 31 October ‘do or die’ promise and also defend his bad deal,” said the SNP leader.

Jo Swinson told the BBC’s Andrew Marr programme: “We think we need to resolve this impasse. We think the best way to resolve it would be a ‘people’s vote’ but, in the absence of proper Labour numbers to do that, a general election would be the other way.”

No deal Brexit ‘still a threat’

Labour looks unlikely to back the Bill with leader Jeremy Corbyn saying, according to the Telegraph, that even with the Article 50 deadline pushed into next year, no-deal was “still there as a threat”.

His words came as former Labour prime minister Tony Blair warned his party it must ensure no-deal was entirely removed as a possibility, meaning Johnson must rule it out as an option if the trade talks with the EU turn “ugly”.

Blair said any no-deal promises from the PM had to “encompass the future negotiations and not simply the exit deal” in order to warrant approving an election.

On the evening the comment was made, which followed the Supreme Court’s judgment that the former London mayor’s suspension of Parliament was unlawful, toxic messages with MPs’ twitter handles included rose by 392%, according to the paper.

Labour MP Paula Sheriff, to whom the PM made the “humbug” remark, received more than 100 toxic tweets per hour, including one message that said: “Do what the people told you to effing do otherwise, yes, expect to be strung up metaphorically or physically.”

It comes as police started an investigation into a crowdfunding page which sought to raise £10,000 to have campaigner Gina Miller killed.

The GoFundMe page targeting Ms Miller, who twice won Supreme Court cases challenging the Government on Brexit, has been taken down since being created in April.