Boris Johnson was also named the ghastliest figure of the 21st century by two-thirds of British children and adults, as October 31 looks increasingly likely to be celebrated as non-Brexit day as well as Halloween. 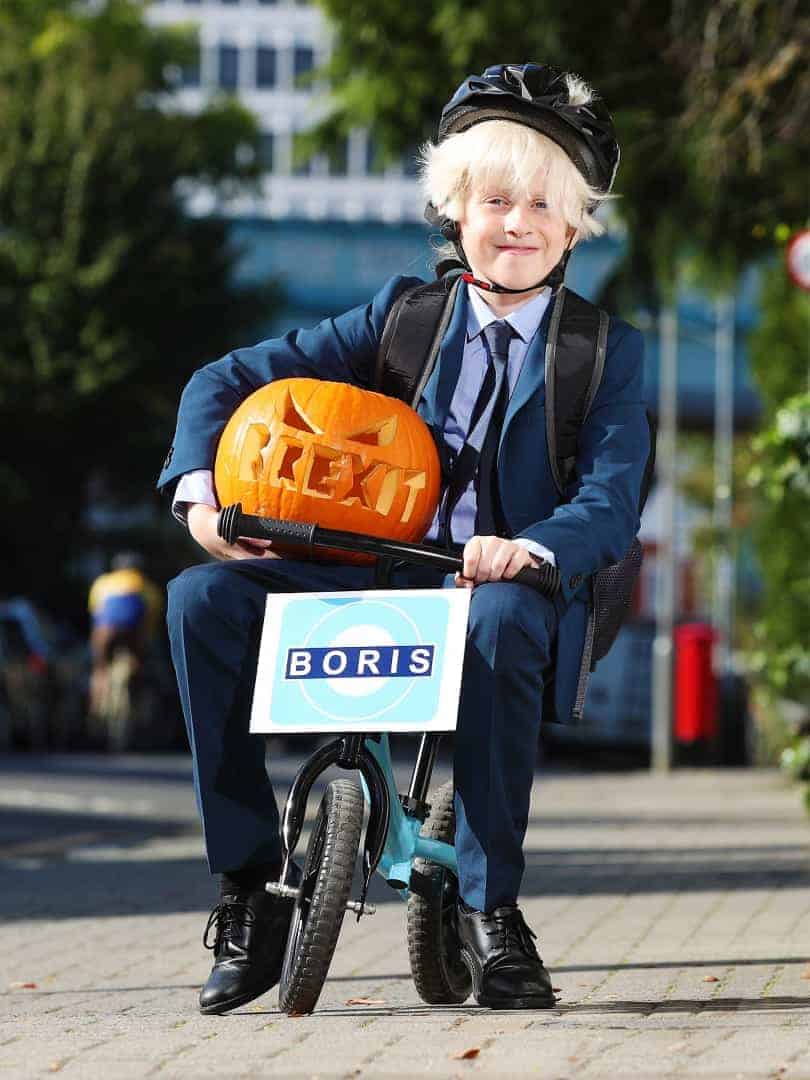 He did say he’d rather be dead in a ditch than not deliver Brexit on October 31, but as the date approaches, Boris Johnson’s pallid features are more likely to be celebrated on Halloween costumes than toasted in Brexit parties.

Children are dressing up as Boris Johnson this Halloween as families take inspiration from Brexit for their plans, according to new research.

The Prime Minister is the 10th most topical option on a list topped by Pennywise the clown from IT 2, with Spider-Man in second place.

Research by the Beano found Boris Johnson has been named the ghastliest figure of the 21st century by two-thirds of British parents and children.

The new study of 2,000 British parents and their children aged six to 14 found over half (54%) of families are drawing direct inspiration from Brexit for their Halloween plans this year.

More than a quarter (28%) plan to dress up as famous British politicians, while one in five (20%) will be using Brexit-themed decorations.

Mike Stirling, editorial director of Beano Studios, said “Kids today are far more clued up as to what’s going on in the world and with Brexit on everyone’s lips, it’s unsurprising that we’ll be seeing a horde of mini Boris’ taking over the streets of the UK this Halloween, with a Jeremy Corbyn or two.”

The research, carried out in October, found Johnson is considered the second scariest celebrity by British children, with Donald Trump in first place.

Meanwhile, more than eight in 10 British children have said they now prefer modern and pop culture outfits for Halloween over traditional costumes such as ghosts, witches and vampires.

The top 20 Halloween outfit choices for 2019 include The Joker, Wonder Woman and characters from Stranger Things and video game Fortnite.