Labour have pledged to help the 3.7 million WASPI women. 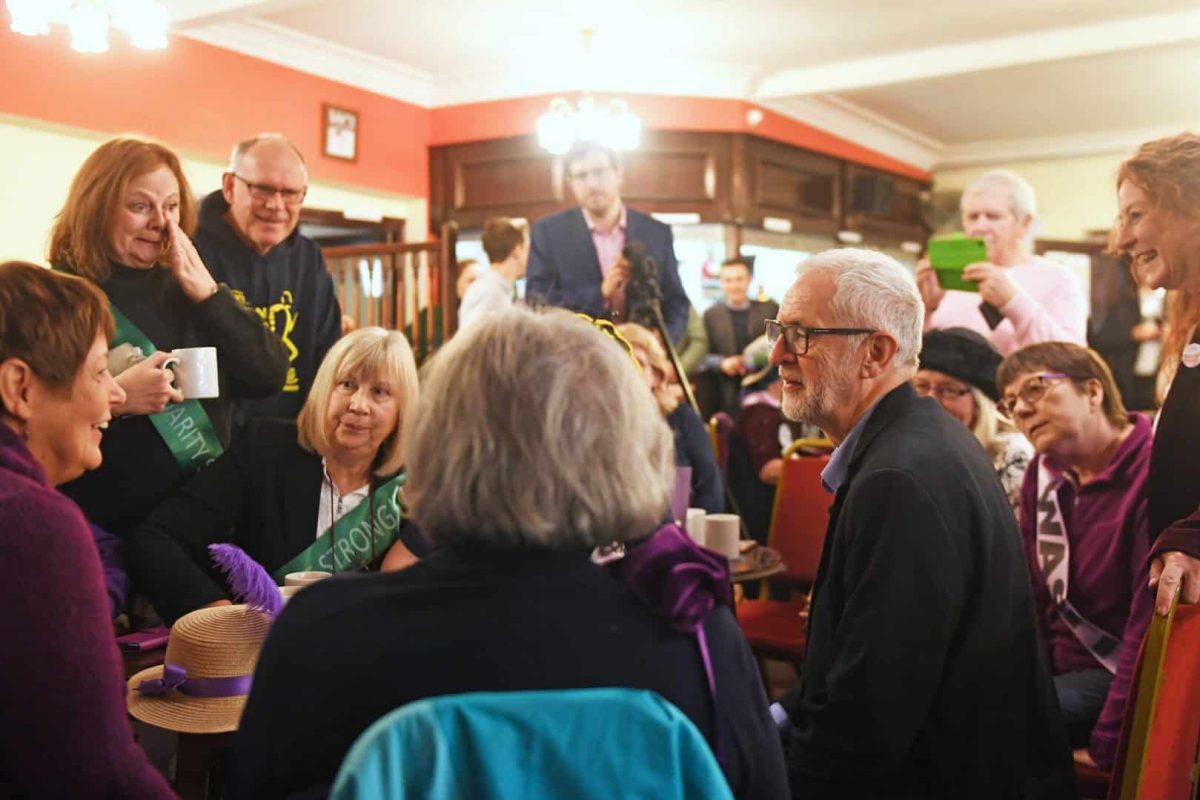 Jeremy Corbyn has said society owes a “moral debt” to women who lost out on years of state pension payments when the government raised their retirement age.

“They were misled. They’ve lost a lot of money,” said the Labour Party leader who has pledged that 3.7 million so called WASPI women will be compensated.

“They are dedicated people to their communities and their families, and they’re very angry about the way they’ve been treated.”

Corbyn also met a group of WASPI women in Renishaw, north-east Derbyshire, and told them he was “proud” of the policy.

He said: “I’m very proud that we’ve got that clearly in our manifesto and I’ll be very proud to go into government and say ‘this is the policy on which we’ve been elected and this is the policy that will now be carried out to right the wrong and the injustice that’s been done to all of you’.

“I will do absolutely everything I can to make sure we win the election on December 12 and put that pledge into practice.”

Jeremy Corbyn added: “People understand the injustice that’s been done to you and the need for the country as a whole to accept the moral responsibility for putting it right.”

Boris Johnson was challenged by one of the women who have lost out on their pension entitlement in the studio audience for Friday night’s BBC Question Time special.

The Prime Minister said that while he sympathised deeply, he could not promise to “magic up that money” for them. Johnson’s government is engaged in a court battle with the women.

The party’s policy to reimburse the women has been attacked for not appearing in the Labour Party manifesto. The Labour party have said the payout could amount to £58 billion over five years – with individual payments averaging £15,380 running to a maximum of £31,300.

But shadow housing secretary John Healey was also quick to defend Labour’s move, saying that it was not fully costed in the party’s manifesto as it is “not a regular spending commitment”.

“We regard this injustice as breaking that basic contract between working people and their government.

“People who have worked hard all their lives expect and anticipate a level of income to plan their retirement which was snatched for them by the Conservatives and the Liberal Democrats in 2011 in that Pensions Act.

“That’s why it’s a one-off compensation, that’s why it is dealt with differently from the departmental year-to-year spending, and that’s why we would draw, as any government does for this sort of thing, on a contingency fund.

“And it may well be that the Conservatives have to make this sort of payment if they lose the legal court case in the longer run anyway.”

Women expecting to retire at 60 were told they would have to wait longer when changes to the state pension age were accelerated in 2010.

Waspi women, the Women Against State Pension Inequality, argue that they were not given enough time to prepare for the changes.

Labour has said it would make individual payments averaging £15,380 to the 3.7 million women it claims were affected by the changes to the state pension age.