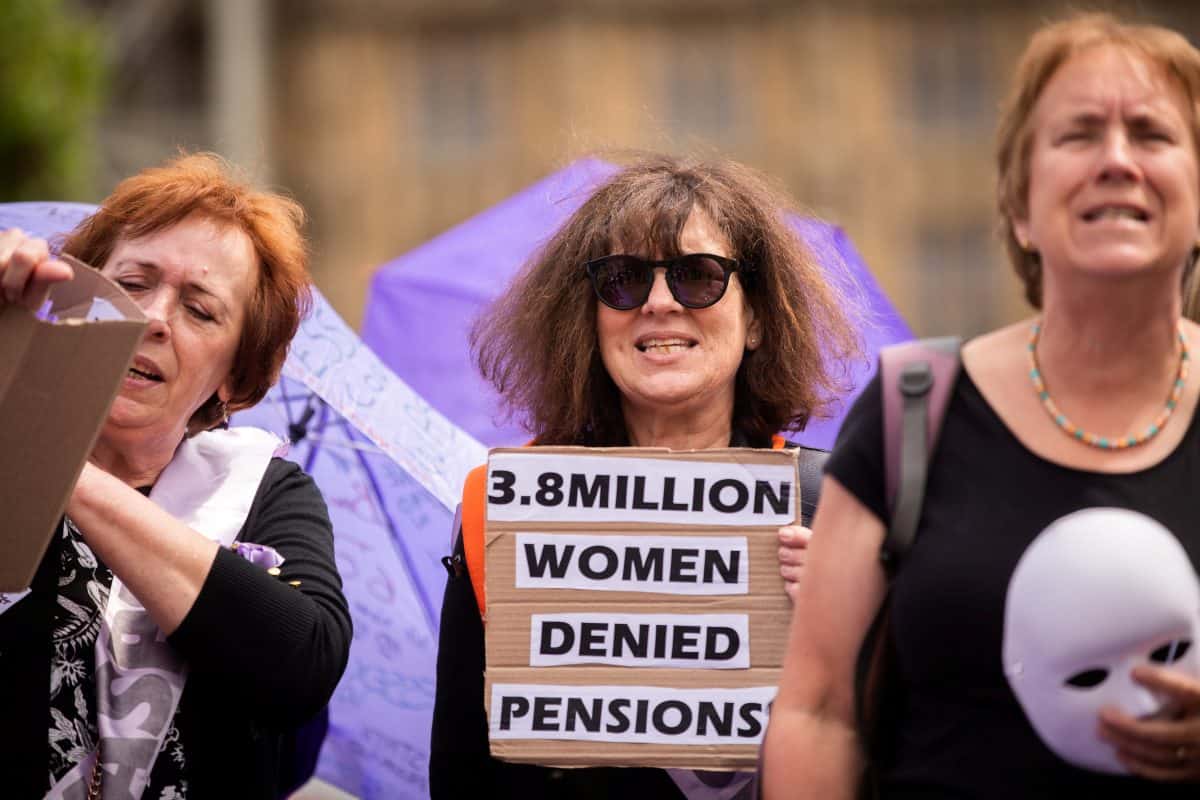 A judicial review is underway today and tomorrow into whether the Tories’ increase in the women’s pension age from 60-66 years is fair.

Women today protested in town centres all around the country against being left high and dry by the government raising the retirement age.

These were the scenes in London:

The WASPI (Women against State Pension Injustice) and Backto60 campaigns insist women born in the 1950s have been treated unfairly because they were not given enough time to notice to make the changes to their lives to adjust to an extra six years without a state pension.

Alston said: “The impact of the changes to pensionable age is such as to severely penalise those who happen to be on the cusp of retirement and who had well-founded expectations of entering the next phase of their lives, rather than being plunged back into a workforce for which many of them were ill-prepared and to which they could not reasonably have been expected to adjust with no notice.”

Last year the Joseph Rowtree Foundation warned half a million more people would live in poverty if the government maintains its benefits freeze.

Overall, 14 million people live in poverty in the UK—about one in five of the population, the 2017 study found. This was made up of 8 million working-age adults, 4 million children and 1.9 million pensioners, with 8 million living in families where at least one person is in work.