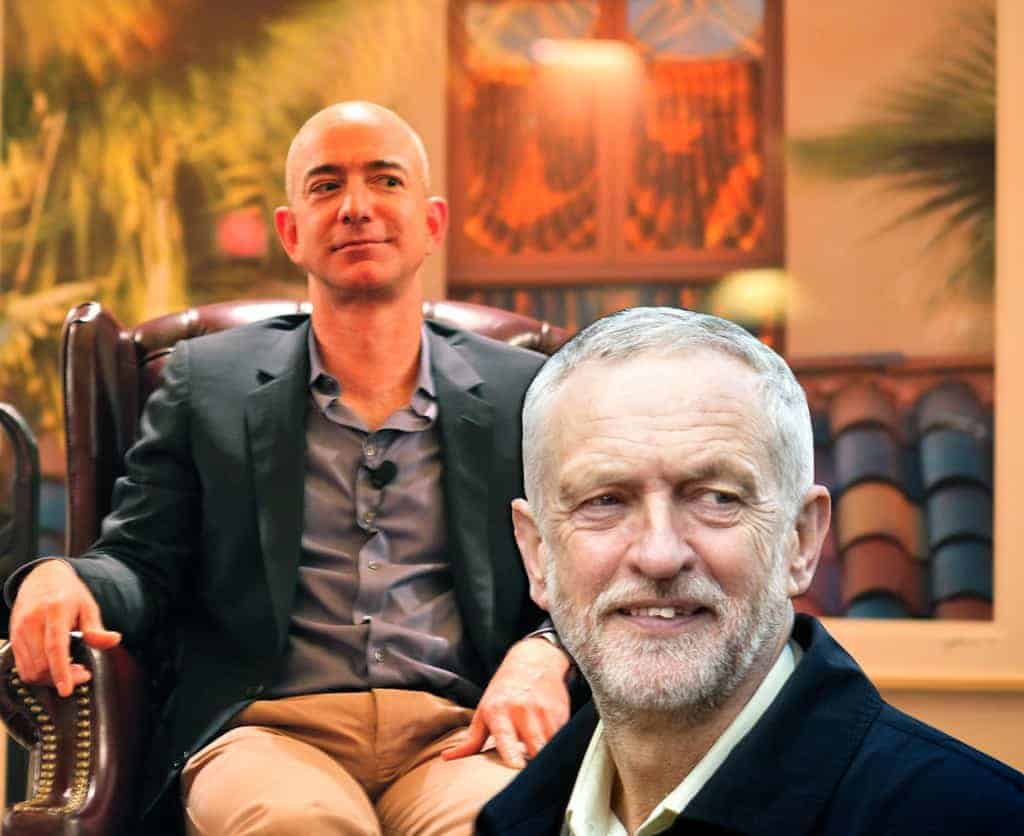 A tweet posted by Jeremy Corbyn has gone viral after he schooled Amazon founder Jeff Bezos on social this weekend.

Bezos, who is the second richest person in the world, announced last week that he has donated $98.5 million (£76.5 million) to 32 organisations to help homeless families.

But as generous as that may sound, it amounts to just 0.09 per cent of his worth according to Corbyn’s tweet.

The Labour leader suggested his money might be better spent paying a fair proportion of tax, something Amazon is renowned for avoiding.

The online retailer paid just £220 million in direct taxes in the UK last year despite its total revenues from doing business in the country amounting to £10.9 billion.

Employer taxes accounted for the largest proportion of direct taxation, as the retailer employs 27,500 people in the UK, followed by business rates and corporation tax.

The company said that its total UK contribution in direct and indirect taxes was £793 million and that it invested £625 million in its infrastructure.

Amazon does not publish details of most of its UK profits or tax payments because retail sales, which totalled £6.7 billion in 2017, go through a Luxembourg company, Amazon EU, which reports only aggregated Europe-wide figures.