Kay Burley said James Cleverly was "probably 15 feet away from where she is standing" as she addressed the vacant seat. 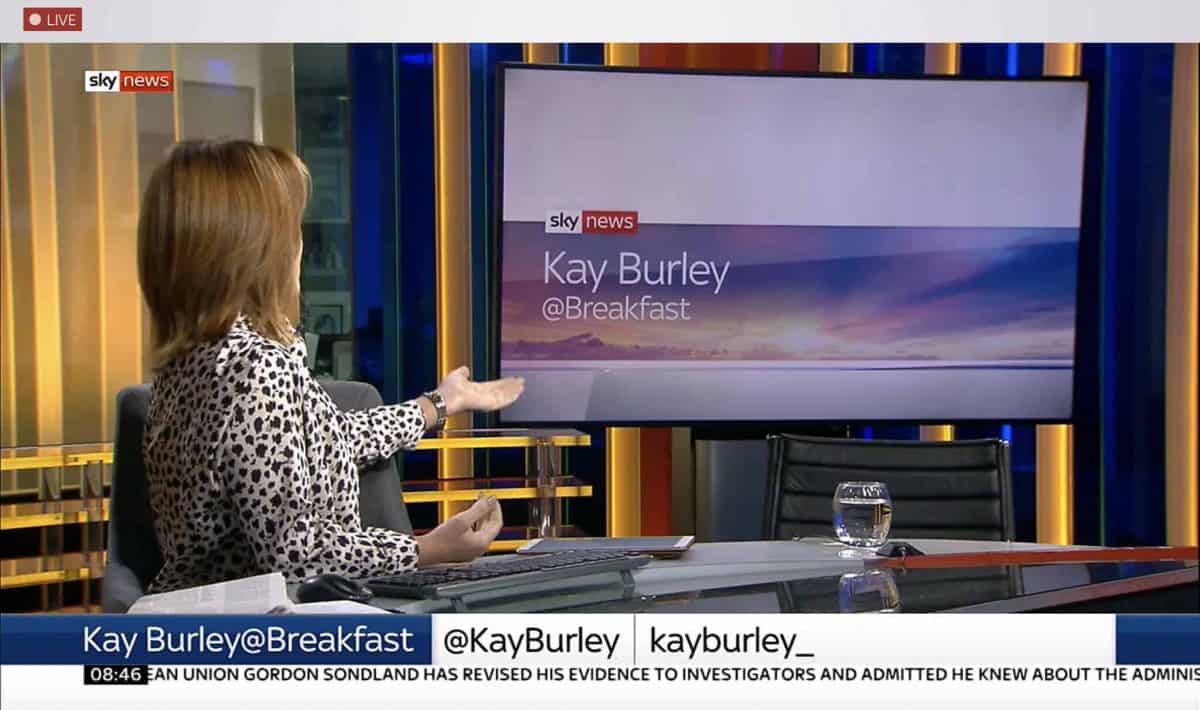 James Cleverly was “empty chaired” by Sky News correspondent Kay Burley today after refusing to do an interview.

The Conservative chairman turned up to the studios but for unknown reasons decided against appearing on the breakfast show.

Burley said Cleverly was “probably 15 feet away from where she is standing” as she addressed the vacant seat.

She went on to rattle through the discussion points she had intended to talk to him about, including Boris Johnson comparing Jeremy Corbyn to Stalin and Jacob Rees-Mogg’s Grenfell comments.

Rees-Mogg faced a barrage of criticism yesterday after he suggested victims of the Grenfell Tower fire should have used “common sense” during the evacuation.

Discussing the inquiry report on LBC he made reference to the fire brigade’s “stay put” policy which has come under scrutiny as part of the investigation.

“The more one’s read over the weekend about the report and about the chances of people surviving, if you just ignore what you’re told and leave you are so much safer.

“And I think if either of us were in a fire, whatever the fire brigade said, we would leave the burning building.

“It just seems the common sense thing to do. And it is such a tragedy that that didn’t happen.”

The Leader of the House of Commons has since apologised for the remarks.

Writing in the Daily Telegraph, he said that the Conservatives would “cheer, not sneer” entrepreneurs if they stay in office after the snap December general election.