The Shadow Brexit secretary said a Labour government would negotiate a deal that included “a customs union, single market alignment and protection for rights and put it to the country within 6 months. 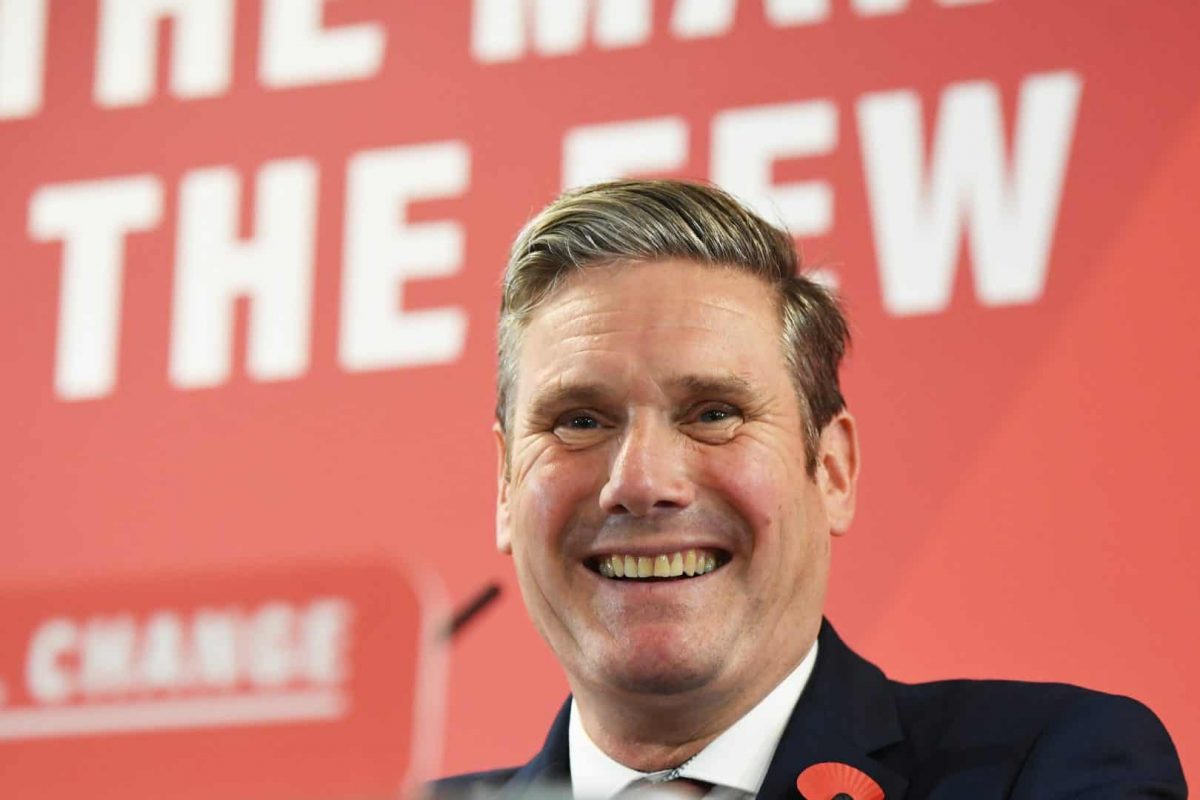 The Tories have been accused of unfairly editing a video of  Labour’s Sir Keir Starmer, to make him appear unable to answer a question on Brexit.

The word “doctored” began trending in the UK as people used Twitter to criticise the Conservatives’ use of the clip.

In the minute-long video posted on the party’s Twitter account, Sir Keir is questioned on ITV’s Good Morning Britain by Piers Morgan and Susanna Reid over Labour’s Brexit policy.

Piers Morgan was among those to criticise the edit.

He tweeted: “Correct, he did [answer the question], albeit not very convincingly – but the way it has been edited is misleading and unfair to Keir Starmer.”

Labour’s parliamentary candidate for Huddersfield, Barry Sheerman, added: “Dirty work as usual how dare they play this trick on Keir!”

And SNP candidate for Glenrothes and Central Fife Peter Grant responded: “You do realise that’s a pack of lies? That you deliberately doctored the footage to make it look like something happened when you knew it didn’t?”

The party has stood by the edit, tweeting: “There have been some enquiries about the veracity of Keir Starmer’s interview this morning where he was unable to explain Labour’s plan to delay Brexit.

“Believe it or not, this car crash interview did really take place.”

We reported how Facebook removed Conservative ads that had doctored what looked like BBC headlines to exaggerate Boris Johnson’s funding pledges to schools which will not even take them back to where they were a decade ago.

Facebook has faced more calls to ban all political advertising ahead of the forthcoming General Election, after more misleading ads were taken down from the platform.

The social network’s rules require all political advertising to be labelled, so users can get information about who paid for them.

However, in the past three days several adverts have been taken down for being incorrectly labelled, including some paid for by the Government.

Ian Lucas, an outgoing member of the Department for Digital, Culture, Media and Sport (DCMS) sub-committee on disinformation, said: “I think it’s very difficult to see how Facebook can adequately prevent misinformation.

He said: “I think they are going to see a considerable number of complaints about misleading advertising throughout this election, and it does concern me – it’s an issue I have seen growing.

“One of the big debates we are having is around targeted ads. The danger of these adverts is being dismissed.

“Removing political adverts is the right decision for democracy.”

One advert taken down in recent days was published by a page called the Fair Tax Campaign, a lobbying group run by former Boris Johnson aide Alex Crowley.

The sponsored advert asked: “Could you afford an extra £214 each month? That’s what Labour’s tax plans would mean for EVERYONE.”

However, Labour has yet to publish its tax plans or manifesto ahead of the election.

We also reported accusations of misusing public money to flood Tory target seats with ads promising spend from the Government.

They went live on the day the General Election was announced.

Unlike traditional advertising, there is no way of regulating what is said on targeted Facebook ads.

These ads only appear in specific newsfeeds for profiles they are targeting.

If they are not correctly labelled political adverts – as was the case with both the Fair Tax Campaign and My Town adverts – it is difficult to know who is seeing them.

After the Fair Tax Campaign ad was removed, Conservative Damian Collins, who chaired the DCMS sub-committee, tweeted: “First strike in the campaign against sketchy political ads on Facebook.

“People shouldn’t be able to place political adverts online if we can’t see who is paying for them. The same rules that apply offline should apply on the internet.”

Keir Starmer had been echoing Labour leader Jeremy Corbyn who earlier said their election vow of a new Brexit deal and a second referendum within six months is “realistic”.

“The deadline we have set for ourselves is a realistic one,” said Jeremy Corbyn.

“Keir (Starmer) and I have spent many, many hours in Brussels and other European capitals going through our process with governments, officials and other socialist parties across Europe.

“We wouldn’t be saying this if we didn’t think it was realistic and do-able.”

The tight timetable would see Labour required to negotiate a Withdrawal Agreement within three months – the same time it took Boris Johnson to win revisions to Theresa May’s terms – and then put it to a second referendum against Remain within another 90 days.

Shadow Brexit secretary Sir Keir, addressing supporters and journalists before Corbyn took the stage, said he would negotiate a deal that included “a customs union, single market alignment and protection for rights and the environment”, and argued it could be “secured quickly”.

Addressing critics who say Labour should have taken a side in the Brexit debate before the election, Corbyn said he wanted to “listen to the whole country” as a prospective prime minister.

He accused the Tories of siding only with Leave voters, and the Liberal Democrats, with their position of revoking Article 50 if leader Jo Swinson wins a majority, of looking to “turn one side of the Brexit debate against the other”.

“People sometimes accuse me of trying to talk to both sides at once in the Brexit debate, to people who voted Leave and Remain,” he said.

“You know what? They’re right. Why would I only want to talk to half the country?

“I don’t want to live in half a country. Anybody seeking to become prime minister must talk to and listen to the whole country.

“Vote for Boris Jonson and you get a trade deal with the US and everything that goes with it.”

He again accused the Prime Minister of “trying to hijack Brexit to sell out our NHS”, and referred to US and UK officials had been “discussing drug pricing in secret” since Mr Johnson entered Downing Street.

Campaigners, who hit the streets of Harlow with Mr Corbyn after the speech, chanted his refrain of “not for sale” back at him.

The Islington North MP said it would not only be the NHS that was in danger in a UK-US trade deal but also food standards.

“Given the chance, they’ll slash food standards to match the US, where what are called ‘acceptable levels’ of rat hairs in paprika and maggots in orange juice are allowed, and they’ll put chlorinated chicken on our supermarket shelves,” he warned.

Taking questions from journalists, he dismissed talk of a coalition with another party and labelled Nigel Farage a “one-trick pony” after the Brexit Party leader confirmed he plans to target Labour Leave voters at the election.

“He doesn’t actually offer anything to any of those communities. Our message and our manifesto is about investing in all parts of this country,” said the Labour leader.