The Labour leader will say he would be a ‘very different kind of prime minister’. 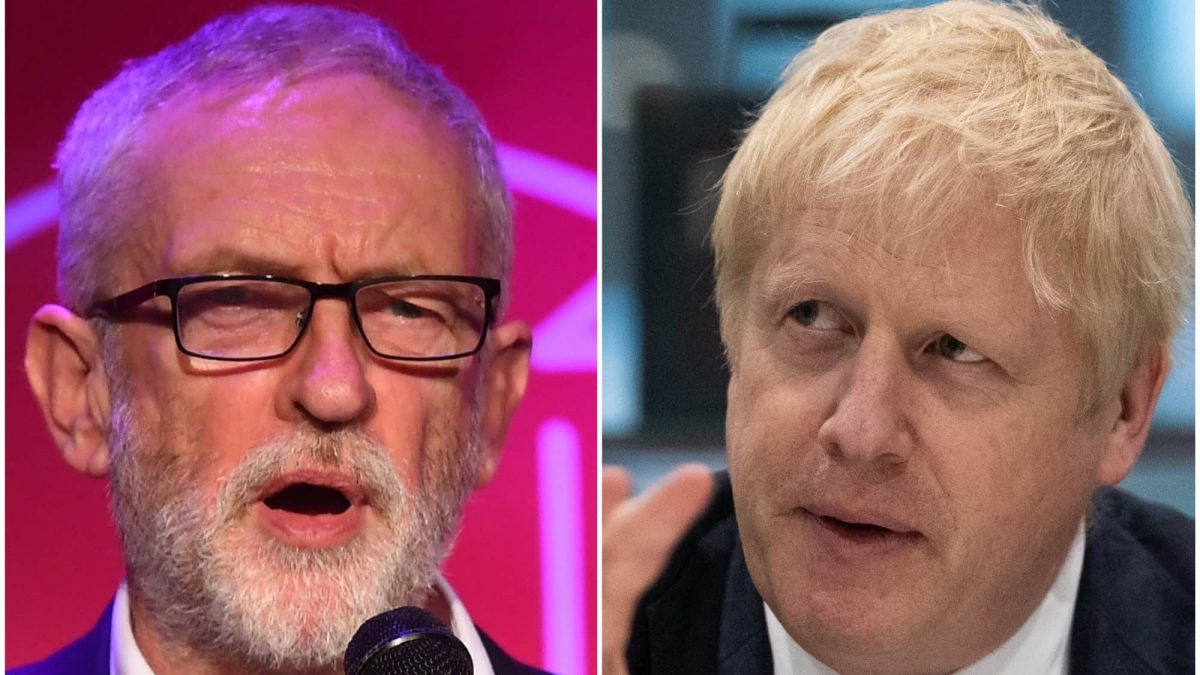 Jeremy Corbyn will pledge to end “in-work poverty” and the need for food banks if Labour wins power at the snap General Election.

The Labour leader is using a speech in Telford, Shropshire, on Wednesday to insist the party will deliver “real change” and that he will be a different kind of prime minister if elected on December 12.

Corbin insists he will make sure that more than 100,000 “genuinely affordable” homes are built every year and that rough sleeping comes to an end.

He promises to be a “very different kind of prime minister” who “only seeks power in order to share power”.

The Labour leader is set to promise the rally “The politics I stand for is about sharing power and wealth with people who don’t have a lot of money and don’t have friends in high places.”

“The future is ours to make. I want a Labour government to be judged by whether it changes people’s lives for the better after five years.

“Judge us on the real change we deliver, the concrete improvements to the lives of millions.

“Judge us on whether in-work poverty still exists in five years’ time.

“Judge us on whether people are still sleeping rough after five years of a Labour government.

“Judge us on whether proud women and men are still having to depend on food banks five years into a Labour government.

“Judge us on whether we’ve got Brexit sorted within six months so we can get on with delivering the real change that Britain needs.

“Judge us on whether we’ve unleashed a Green Industrial Revolution, created hundreds of thousands of green energy jobs in the communities that need them most and significantly reduced our greenhouse emissions.

“For me, real politics, the politics I stand for, is about sharing power and wealth with people who don’t have a lot of money and don’t have friends in high places – to take control of their own lives.

“My job as leader, and my party’s job, is to champion those people, and bring about real change.

“But the kind of prime minister who only seeks power in order to share power – because it isn’t about me, it’s about all of us.”

As he was launching the Conservatives’ election bid, Mr Johnson claimed the opposition leader shared Stalin’s “hatred” of wealth creators.

Writing in the Daily Telegraph, where he has a lucrative column, and which said the PM was exclusively launching the Tory General Election campaign in the paper, Johnson said that the Conservatives would “cheer, not sneer” entrepreneurs if they stay in office after the snap December general election.

Johnson is expected to say: “There is only one way to get Brexit done, and I am afraid the answer is to ask the people to change this blockading parliament.

“I don’t want an election. No prime minister wants an early election, especially not in December.

“But as things stand we simply have no choice – because it is only by getting Brexit done in the next few weeks that we can focus on all the priorities of the British people.

“It’s time to change the dismal pattern of the last three years and to get out of our rut.

“Let’s go with this Conservative government, get Brexit done, and unleash the potential of our great country – delivering on the public’s priorities of our NHS, crime and the cost of living.

“Meanwhile the alternative is clear – Jeremy Corbyn and his two favourite advisers, dither and delay, turning 2020 into the year of two miserable referendums, one on the EU, and another on Scotland.

“And remember that a vote for any other minor party is effectively a vote for Corbyn, and his catastrophic political and economic programme.”

The PM also spoke to US president Donald Trump on trade issues on Tuesday evening.

Mr Rees-Mogg said on LBC on Monday: “I think if either of us were in a fire, whatever the fire brigade said, we would leave the burning building.

Grenfell United, which represents survivors and the bereaved, had said his words were “beyond disrespectful” and “extremely painful and insulting to bereaved families”.

On Tuesday, Number 10 was forced to say that the Prime Minister still had confidence in Rees-Mogg, after he said: “I profoundly apologise. What I meant to say is that I would have also listened to the fire brigade’s advice to stay and wait at the time.”

Meanwhile, Chancellor Sajid Javid was caught up in a row after it was reported that the civil service had stopped attempts by him to cost Labour’s election promises using public resources.