The heavily edited video cut Sir Keir Starmer's answer to a question, leading viewers to believe he had no response. 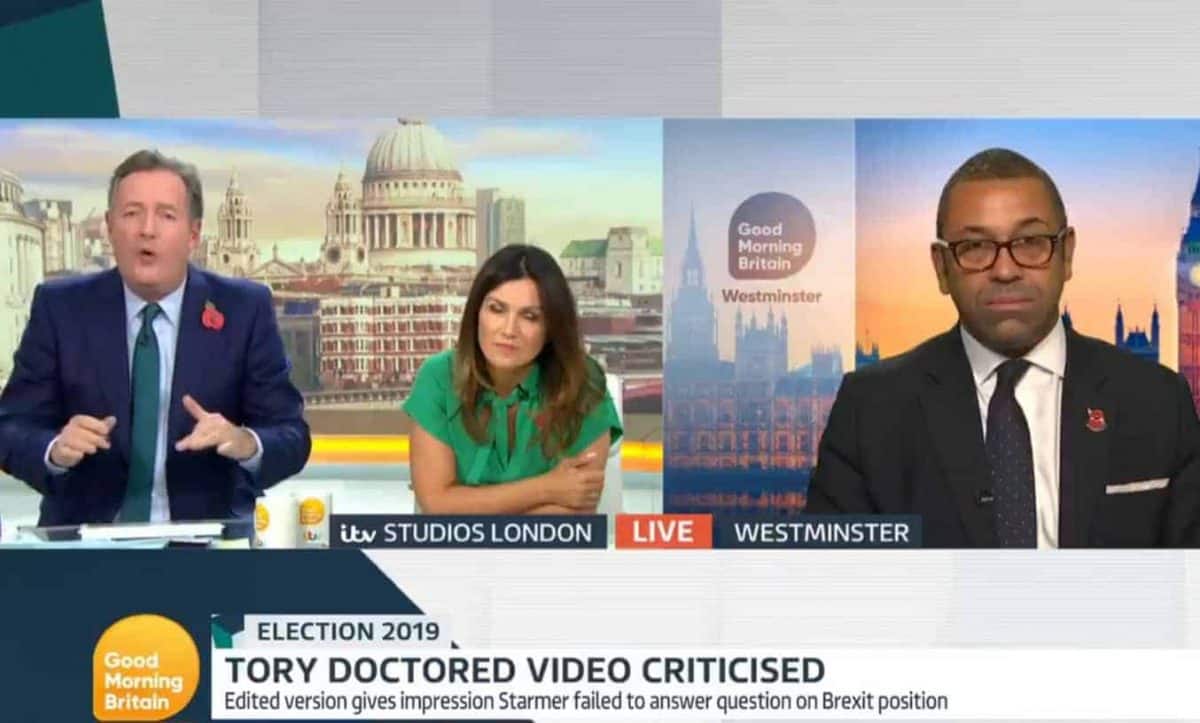 Good Morning Britain host Piers Morgan called out the Conservatives for “inexplicably doctoring” one of their videos on the show today.

But Morgan took him to the cleaners in response.

“With respect, as Johnny Mercer, your own MP has said this morning, that makes it all the more inexplicable that you would then doctor the video giving the Labour Party a get out.

“You had enough there to after them”.

But Conservative lawmaker Johnny Mercer today apologised for posting it.

He said: “It would appear this has inexplicably been doctored at the end. I apologise and will remove it. The original interview was bad enough – I have no idea why this needed altering”.