Stena Bulk said the UK-registered tanker was in international waters at the time but now appeared to be heading north towards Iran. 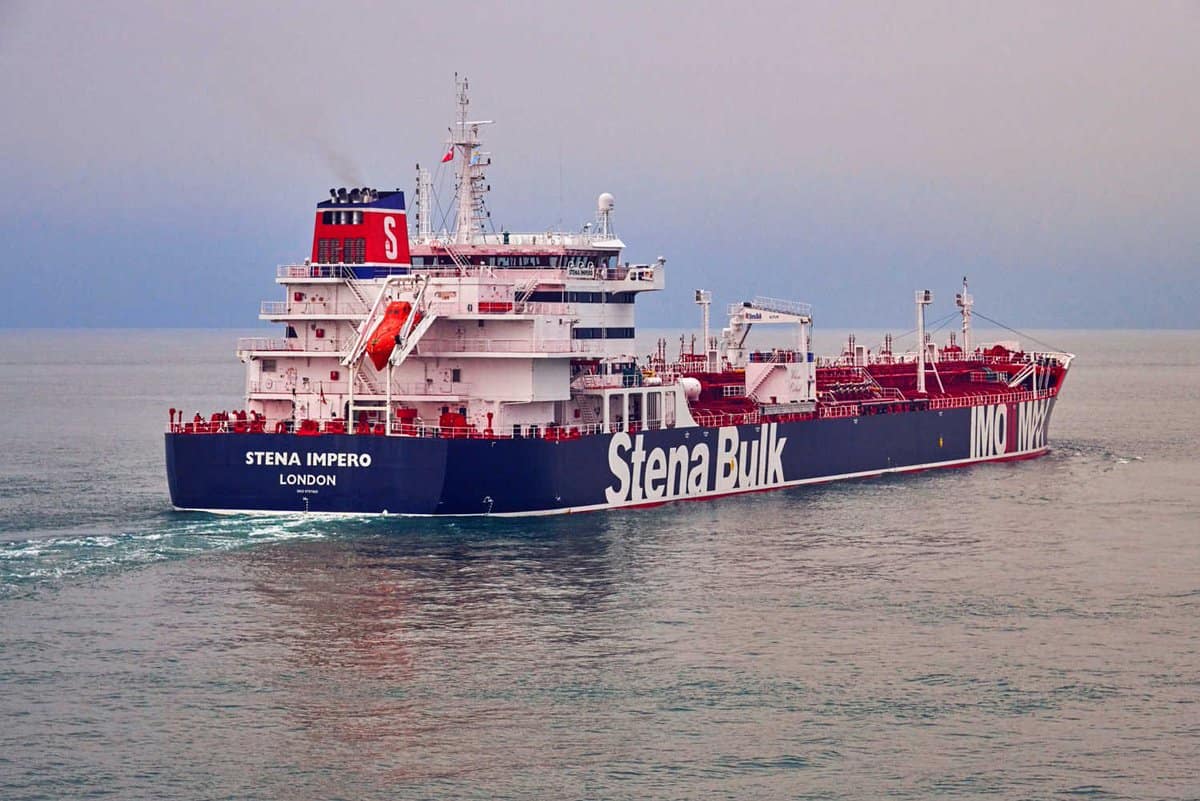 Undated handout photo issued by Stena Bulk of the British oil tanker Stena Impero which is believed to have been captured in Iranian waters whilst en route to Saudi Arabia. Owner Stena Bulk has confirmed that at approximately 1600 BST the tanker was approached by unidentified small crafts and a helicopter whilst in international waters in the Strait of Hormuz and they are unable to contact the vessel which is now heading north towards Iran.

The Government is “urgently” investigating reports a British oil tanker has been seized by Iranian authorities in the Persian Gulf.

The Stena Impero, which is registered in the UK, was seized by the Iranian Revolutionary Guard in the Strait of Hormuz for “violating international maritime rules”, according to the semi-official Fars news agency.

According to the Marine Traffic website, the 183m long ship, left the United Arab Emirates on Friday and was bound for the port of Al Jubail in Saudi Arabia.

A statement from Stena Bulk, which owns the tanker, said ship manager Northern Marine Management had lost contact with the crew of 23 after “unidentified small crafts and a helicopter” approached the vessel at around 4pm on Friday.

The company said the tanker was in international waters at the time but now appeared to be heading north towards Iran.

Stena Bulk said: “There are 23 seafarers aboard.  There have been no reported injuries and their safety is of primary concern to both owners and managers.

“The priority of both vessel owner Stena Bulk and ship manager Northern Marine Management is the safety and welfare of the crew.

“We are in close contact with UK government authorities.”

A spokeswoman from the UK’s Ministry of Defence said: “We are urgently seeking further information and assessing the situation following reports of an incident in the Gulf.”