Alfred Fagon was a playwright, actor and director and was the first black person to have a statue erected in their honour in Bristol. 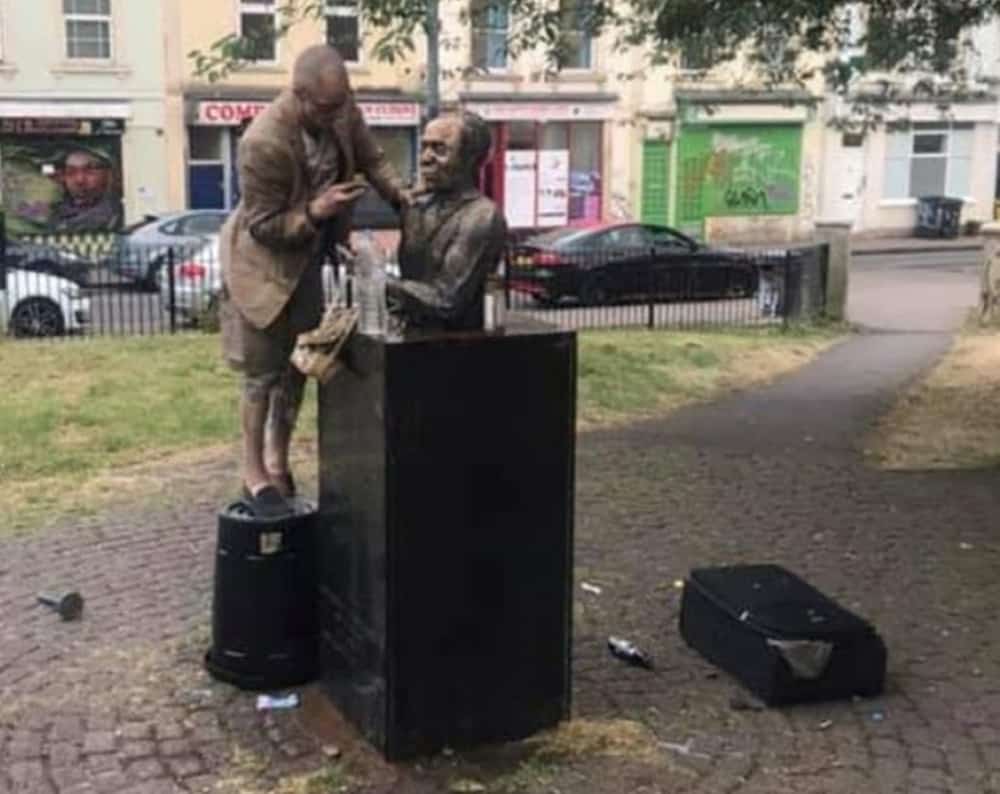 Undated handout photo issued by Avon and Somerset Police of a man they would like to speak after the statue of the Jamaican playwright and actor Alfred Fagon, in the St Paul's area of Bristol, had bleach or another corrosive substance poured over it.Credit;PA

Detectives investigating damage to a statue of Jamaican playwright and actor Alfred Fagon have released an image of a man they want to speak to.

The statue, which was erected in 1987 in the St Paul’s area of Bristol, had bleach or another corrosive substance poured over it.

Avon and Somerset Police were made aware of the damage on June 11, four days after a statue of slave trader Edward Colston was pulled down and thrown into the city’s harbour.

A force spokesman said: “We’ve released an image of a man we’d like to speak to as part of our investigation into an incident which led to damage to a statue of Alfred Fagon in St Paul’s, Bristol.

“We were made aware on Thursday 11 June that an unknown substance had been used on the statue, causing damage.

“We have had a number of calls with information about the incident, including from witnesses reporting that they believed someone had been trying to clean the bust.”

The statue is owned by the Friends of Fagon Committee and maintained by the city council.

Fagon was born in Jamaica and was a member of the Windrush generation, coming to England as an 18-year-old in 1955.

He settled in Bristol, where he forged a career first as a renowned actor in the 1960s and ’70s, and then as a playwright and theatre director.

He died in 1986 and the statue was erected on the first anniversary of his death, making him the first black person to have a statue erected in their honour in the city.

The annual Alfred Fagon Award was named after him and is for playwrights of Caribbean or African descent, resident in the UK.

Anyone with information about the man in the image or about the incident is asked to contact Avon and Somerset Police on 101 with the reference number 5220127432.