The discovery came at the end of a controversial first test of the sport’s ban on the Confederate flag. 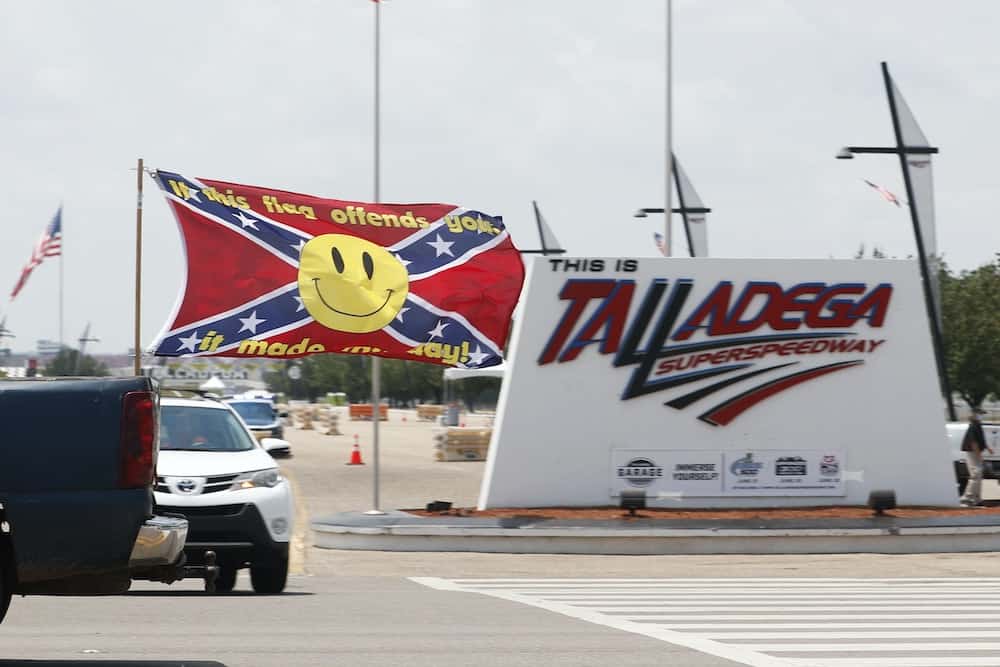 A noose was found on Sunday in the racetrack garage stall of African-American Nascar driver Bubba Wallace, race officials said.

Nascar has launched an investigation into the noose, found in Wallace’s stall at the Talladega circuit in the southern state of Alabama, where a race was to be held on Sunday before being postponed a day due to storms.

Two weeks ago, Wallace successfully pushed for Nascar to ban the contentious Confederate flag inside its tracks and properties, due to its historic symbolism of the slavery era.

NASCAR officials said they were “outraged” by the noose, saying there is no place for racism in Nascar.

“We are angry and outraged, and cannot state strongly enough how seriously we take this heinous act,” Nascar said in a statement.

No place for racism

“As we have stated unequivocally, there is no place for racism in Nascar, and this act only strengthens our resolve to make the sport open and welcoming to all.”

Wallace, the only full-time black driver in Nascar’s elite Cup Series, said on Twitter that “the despicable act of racism and hatred leaves me incredibly saddened and serves as a painful reminder of how much further we have to go as a society and how persistent we must be in the fight against racism.”

“As my mother told me today, ‘They are just trying to scare you’,” he wrote.

“This will not break me, I will not give in nor will I back down. I will continue to proudly stand for what I believe in.

The first test of the flag ban on Sunday was mired in controversy.

Aside from the discovery of the noose, Nascar patrons proudly flew Confederate flags from pick-up trucks outside the venue, one of them bearing the words: “If this flag offends you, it made my day!”

Overhead, a plane pulled a banner of the southern symbol, with the words “Defund Nascar”.

The Confederate flags that once flew openly around the infield and stands were still on sale across the road from the track. Nascar has not yet disclosed how it will handle fans flying flags.

There were no immediate reports of how many, if any, flags were confiscated or taken down at the venue.

The ban was not tested last week at a track near Miami, where 1,000 military members attended the race. This weekend was seen as a far bigger challenge in the heart of the south, with up to 5,000 fans allowed.

The ban drew informal protests Saturday and Sunday alike, with cars and pickup trucks driving along nearby roads flying the flag and parading past the entrance to the speedway, along with the plane.

Nascar did not acknowledged the plane or its banner, though executive Steve O’Donnell Tweeted a picture of black and white hands shaking: “You won’t see a photo of a jackass flying a flag over the track here…but you will see this…Hope EVERYONE enjoys the race today.”

Across the road from the track, Ed Sugg’s merchandise tent flew Confederate flags prominently in a display alongside Trump for 2020 banners and an American flag.

“They’re doing very well,” said the Helena, Alabama resident, who has been selling an array of wares at Nascar races for 21 years.

“People are disappointed that Nascar has taken that stance. It’s been around for as long as all of us have been.