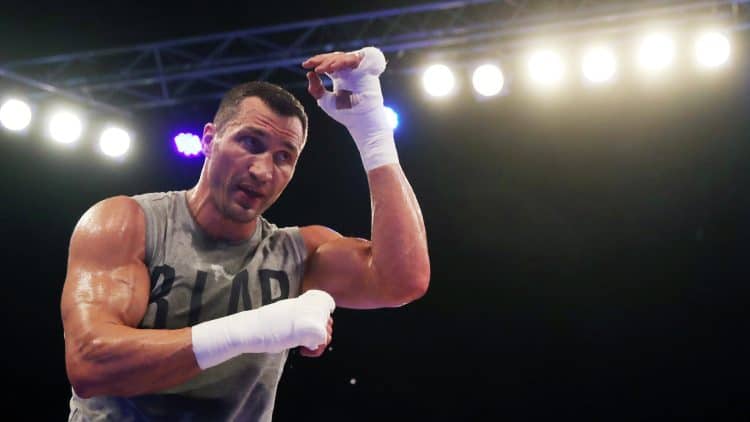 Russia has pressed its invasion of Ukraine to the outskirts of the capital after unleashing air strikes on cities and military bases and sending in troops and tanks from three sides in an attack that could rewrite the global post-Cold War security order.

It has left boxing legends the Klitschko brothers with no choice but to take up arms and fight.

Explosions sounded before dawn on Friday in Kyiv and gunfire was later heard near the government quarter as Western leaders scheduled an emergency meeting and Ukraine’s president pleaded for international help to fend off an attack that could topple his democratically elected government and cause massive casualties.

Among the signs that the Ukrainian capital was increasingly threatened, the military said on Friday that a group of Russian spies and saboteurs was seen in a district of Kyiv about three miles north of the city centre.

Vitali Klitschko, who has been the mayor of Ukraine’s capital Kyiv since 2014, said he was ready to fight.

It comes as the brothers yesterday posted a joint video appeal after Putin began the invasion.

“I don’t have another choice, I have to do that. I’ll be fighting,” the 50-year-old, known as “Dr Ironfist” during his fighting days, told broadcaster ITV’s Good Morning Britain.

He added civilians were ready to defend Kyiv as soldiers.

“The Ukrainian people are strong. And it will remain true to itself in this terrible ordeal. A people longing for sovereignty and peace. A people who consider the Russian people their brothers,” he wrote on LinkedIn yesterday.

“It knows that they basically do not want this war. The Ukrainian people have chosen democracy.

“But: Democracy is a fragile regime. Democracy cannot defend itself; it needs the will of the citizens, the commitment of everyone. Basically, there is no democracy without democrats.”

Related: Chess grandmaster Garry Kasparov’s thread on recommendations to deal with Putin’s aggression is a must read