A Russian officer had offered Ukrainian border guards on the Zmiiny Island to surrender "to avoid bloodshed and unjustified casualties". 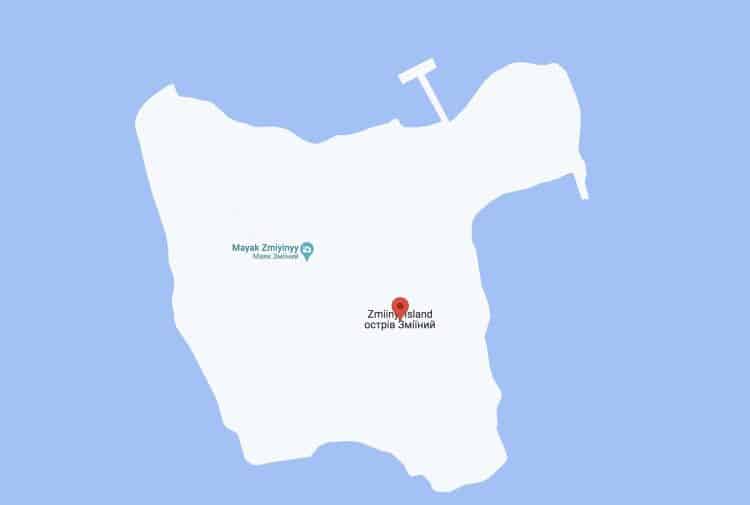 An audio recording showing the response of Ukrainian guards on the Snake Island upon being asked to surrender by a Russian warship has emerged.

According to Ukrainian news website Ukrayinska Pravda, a Russian officer said twice as he approached the island, known as Zmiiny: “This is a Russian military warship.

“I offer to lay down our arms and surrender to avoid bloodshed and unjustified casualties. Otherwise, you will be bombed.”

The Ukrainian defenders can be heard telling each other: “This is it.”

“Should I tell him to go fuck himself?”

Then, after turning up the volume, they tell the enemy: “Russian warship, go fuck yourself!”

In a video message posted today, Ukrainian president Volodymyr Zelenskyi confirmed the guards defending the island have been killed.

According to Reuters, there were 13 border guards on the island when the Russian vessel approached.

“On our island Zmiiny, defending it to the last, all the border guards died heroically. But did not give up,” Zelenskyi said.

He added: “All of them will be awarded the title of Hero of Ukraine posthumously. Eternal memory to those who gave their lives for Ukraine.”

The attack happened yesterday (Thursday 24 February), when two unrecognised targets approached the island and, after failing to get the Ukrainian soldiers to surrender, reportedly fired from the ship’s barrel and then used combat aircraft.

Later in the evening, the State Border Guard Service said it lost communication with the border guards and said the island was probably taken by the Russians.

What Russia achieved and what it did not

Meanwhile, the UK’s Ministry of Defence said it is “highly unlikely” that Russia achieved its planned objectives for the first day of invasion of Ukraine and has lost over 450 personnel.

“Fighting probably continues on the outskirts of the city.

“It is unlikely that Russia has achieved its planned Day 1 military objectives. Ukrainian forces have presented fierce resistance across all axes of Russia’s advance.”

But it added: “Russian forces have highly likely captured the Chernobyl nuclear power plant. Workers have reportedly been detained by Russian troops.”

By the end of Thursday, the Ukrainian government said 137 civilians and military personnel had been killed.

Meanwhile, capital Kyiv is being attacked

Russian forces have reportedly arrived on the outskirts of Kyiv, Ukraine’s capital, on Thursday, and explosions and gunfire have meanwhile been heard in the city’s northern district.

“Pedestrians ran for safety and small arms fire and explosions were heard in the Obolonsky area. The larger blasts could be heard as far away as the city centre,” AFP reported from the ground.