He also admitted that Russia did influence UK votes. 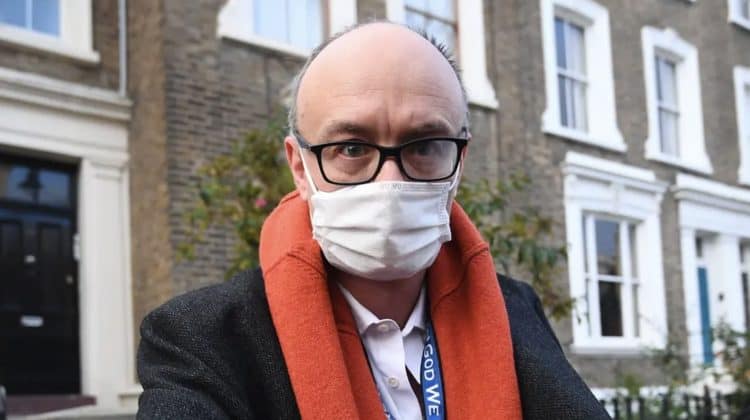 The Conservative Party has been financed by associates of Vladimir Putin for decades, Dominic Cummings has claimed.

Boris Johnson’s former aide also said that Russia had been able to influence UK voters in a Twitter outburst, although he stopped short of saying they held sway in the Brexit referendum.

Liz Truss was forced to defend her party this week after she faced calls for her party to hand back donated cash with Russian connections reportedly worth nearly £2 million.

The foreign secretary suggested Tory donors could potentially be hit with sanctions if they have links to Mr Putin’s regime.

But according to Cummings, this has been happening for several years.

Taking to Twitter, he said: “tories literally have their party FINANCED BY PUTIN’S MATES FOR DECADES, won’t even stop them sending their kids to eton/harrow or using London as a ‘laundry’ (London’s actual Moscow nickname), then their MPs start babbling about no fly zones!!!”

Mr Cummings concluded the Tweet with a number of clown emojis.

The former Number 10 stagffer was confronted with questions by i newspaper hat the outcome of the 2020 Russia report by House of Commons Intelligence and Security Committee warned of “illicit Russian money buying influence across the UK establishment”.

The report claimed that the British government and intelligence agencies failed to conduct any proper assessment of Russian attempts to interfere with the 2016 Brexit referendum.

He dismissed claims of interference in the EU vote as “fake news” and “almost all” false, but claimed Russia was involved in the Scottish referendum two years earlier.

“Fake news. Report was leaked from the cmte [committee] before sent to PM’s office, then Grieve popped straight up on tv spinning it. Classified version then had to go thro[through] redaction process.

The Scottish referendum took place in September 2014 and saw Scots vote 55 to 45 per cent against becoming an independent country.

Scotland’s First Minister Nicola Sturgeon has been calling for another independence referendum to take place as soon as possible, claiming support to break away from the UK has surged in recent years.

She claims the Brexit referendum, where the vast majority of Scots voted to Remain, has been a catalyst of support for independence.