"Ukrainian forces have presented fierce resistance across all axes of Russia’s advance.” 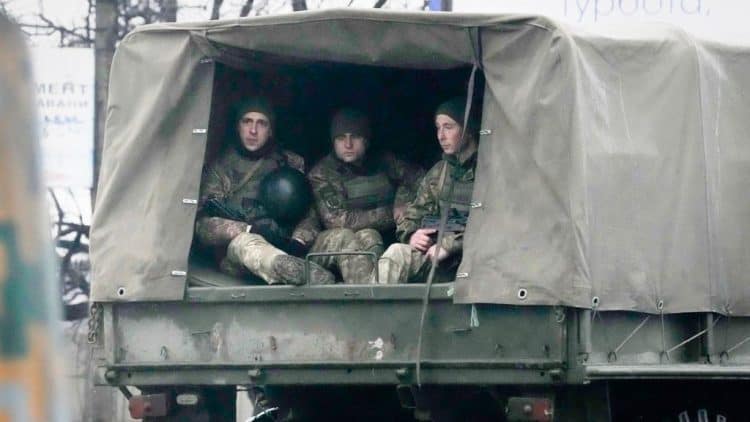 It is “highly unlikely” Russia achieved its planned objectives for the first day of its invasion of Ukraine and has lost more than 450 personnel, the Ministry of Defence (MoD) says.

“The Ukrainian Armed Forces have reportedly halted Russia’s advance towards Chernihiv,” the MoD said in a statement.

“Fighting probably continues on the outskirts of the city.

“It is unlikely that Russia has achieved its planned Day 1 military objectives. Ukrainian forces have presented fierce resistance across all axes of Russia’s advance.”

However, the ministry added it was “highly likely” Russia had seized the shuttered Chernobyl nuclear plant.

Russian forces launched a full-scale invasion in the early hours of Thursday, thought to be Moscow’s most aggressive action since the Soviet invasion of Afghanistan in 1979.

By the end of the day, the Ukrainian government said 137 civilians and military personnel had been killed.

Airstrikes and shelling were reported across the country, and CNN reported a further strike was expected on the capital Kyiv overnight.

Leaders of the 30 Nato allied nations will meet on Friday, US President Joe Biden confirmed, as they come under pressure to go even further than sanctions already announced to hit the Kremlin after what Boris Johnson described as a “dark day in the history of our continent”.