The last protester, known as Bradley, would feel “very proud, I should think, and relieved and grateful for being back up top”. 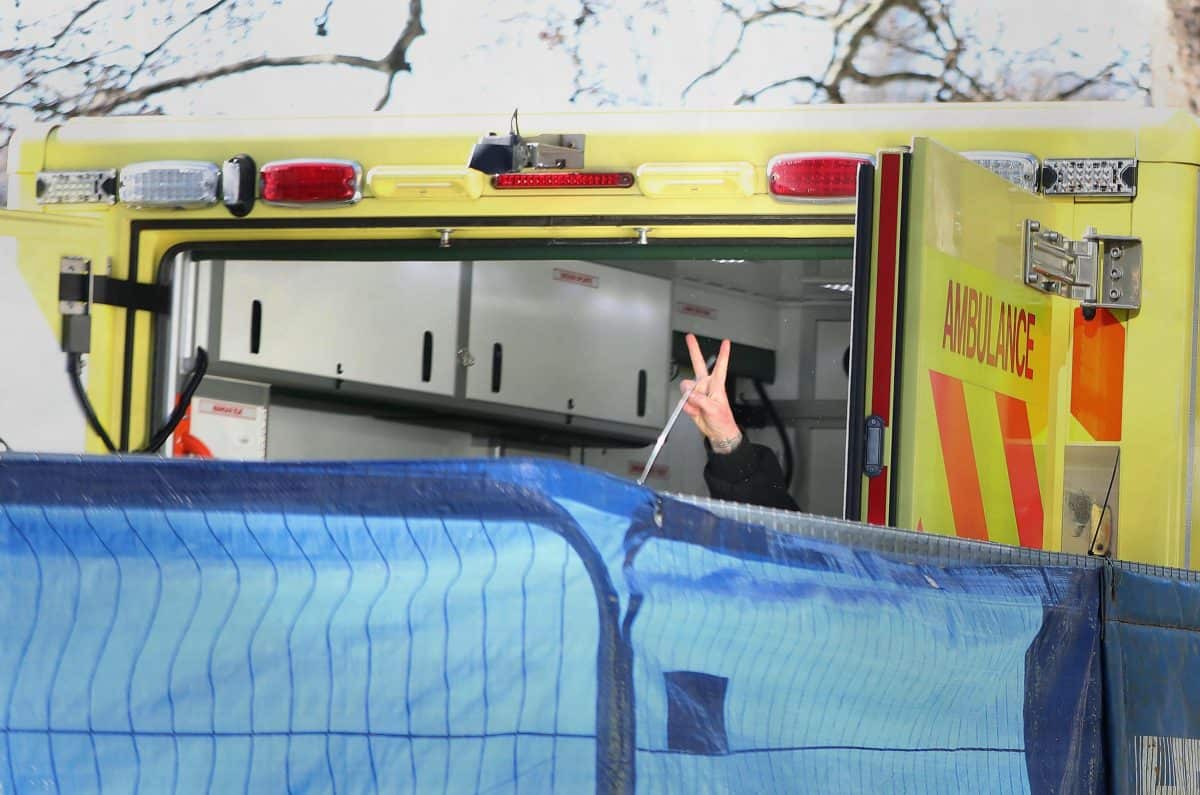 The final anti-HS2 activist in a network of tunnels in London’s Euston Square Gardens has been removed.

HS2 Limited, the Government-owned company building the high-speed railway, said the person was taken out of the site in Euston Square Gardens on Friday morning.

They raised two fingers in a peace sign as they were being put into an ambulance.

A crowd gathered nearby cheered and shouted “we love you Bradley”.

A total of nine protesters have been removed from the tunnels since they were discovered on January 26.

Dr Larch Maxey, who spent 27 days underground, said: “We’ve helped to shift awareness of the climate and ecological emergency, really taken things to a new level and also awareness of HS2 and its role in accelerating that.”

He added that the last protester, known as Bradley, would feel “very proud, I should think, and relieved and grateful for being back up top”.

HS2 Limited said in a statement: “HS2 staff, our agents and the emergency service personnel have acted with safety as their utmost priority, risking their own lives in order to ensure the wellbeing of those who placed themselves in such a dangerous situation underground.”

The firm insisted it “accepts the right to peaceful protest” but accused activists of putting “additional pressure” on the NHS and police and fire services during the coronavirus pandemic.

It also claimed its staff and agents were “subject to numerous incidences of violence and criminal activity during this operation, including alleged theft and assault”.

The statement added: “Instead of wasting public resources on illegal actions, we urge environmental organisations to support a project that will help cut the number of cars and lorries on our roads, cut demand for domestic flights and help the country’s fight against climate change.”

HS2 will not be a ‘rich man’s railway’

HS2 will not be a “rich man’s business class railway”, according to the boss of the firm developing the project.

Mark Thurston, chief executive of HS2 Ltd, said the ticketing structure will ensure trains can be used by “all working people”.

The level of HS2 fares and whether trains will have first class compartments has not been decided.

Opponents of the railway have claimed tickets will be significantly more expensive than for conventional trains to help pay for the railway.

The Government-commissioned Oakervee Review warned in 2018 that HS2’s final bill could reach £106 billion at 2019 prices.

During a virtual appearance at the National Rail Recovery Conference, Mr Thurston insisted that it “needs to be an affordable railway” so it becomes “an integral part of the rail network”.

He said: “The whole premise of HS2 is that this is very much something that people can afford, it gets them from A to B.

Related: HS2 won’t be ‘rich man’s railway’ but fares and if they will have first class compartments not decided