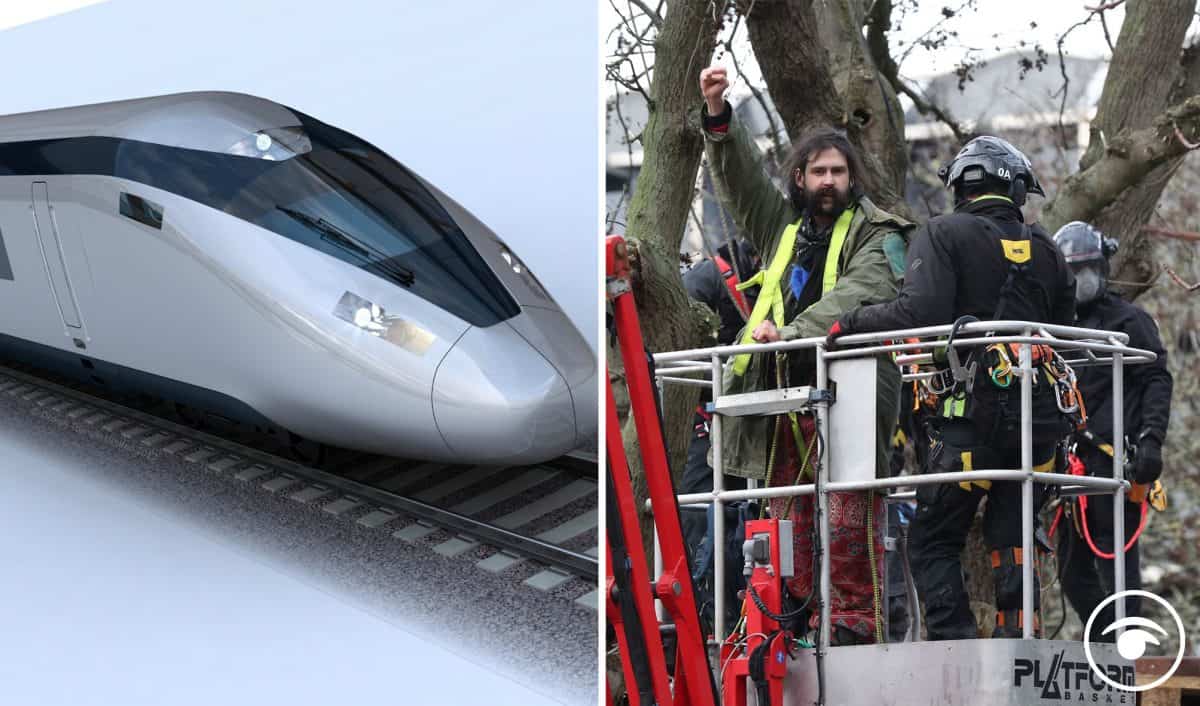 HS2 will not be a “rich man’s business class railway”, according to the boss of the firm developing the project.

Mark Thurston, chief executive of HS2 Ltd, said the ticketing structure will ensure trains can be used by “all working people”.

The level of HS2 fares and whether trains will have first class compartments has not been decided.

Opponents of the railway have claimed tickets will be significantly more expensive than for conventional trains to help pay for the railway.

The Government-commissioned Oakervee Review warned in 2018 that HS2’s final bill could reach £106 billion at 2019 prices.

During a virtual appearance at the National Rail Recovery Conference, Mr Thurston insisted that it “needs to be an affordable railway” so it becomes “an integral part of the rail network”.

He said: “The whole premise of HS2 is that this is very much something that people can afford, it gets them from A to B.

He went on: “If you travel on the high-speed system in China, those trains are packed and they are what you would call very good quality standard class seats with catering.

“So the offering expected to be for HS2 is that it’s very much for all working people to get across the country.”

The first trains will run on new high-speed lines between London and Crewe via Birmingham, before joining the existing network to create direct services to locations such as Liverpool, Manchester, Preston, Carlisle and Glasgow.

An anti-HS2 activist who spent almost a month underground in a network of tunnels in central London has denied aggravated trespass.

Larch Maxey, 48, was removed from Euston Square Gardens by bailiffs on Monday after entering the tunnels as part of protests against the high-speed railway line.

The geography lecturer appeared at Highbury Corner Magistrates’ Court on Tuesday charged with criminal damage and two counts of obstructing or disrupting a person engaged in lawful activity.

The activist, from the group HS2 Rebellion, is accused of trespassing and disrupting HS2 construction work at Euston Square Gardens by refusing to leave a tunnel under the site between January 27 and February 22.

He is also alleged to have damaged a mobile phone, belonging to Vision Limited, at the site between February 17 and 19.

Maxey is further accused of trespassing on a separate HS2 site on Hampstead Road and disrupting work by climbing a tree and refusing to come down between October 6 and 11 last year.

He was also given a curfew to remain at an address in south London between 11pm and 7am.

A crowd of supporters standing outside the court building cheered as he exited shortly after his hearing.

He is next due to appear at Highbury Corner Magistrates’ Court on July 14 for trial.

The network of tunnels near the London station was created in secret by protesters who object to the redevelopment of Euston Square Gardens as part of the high-speed railway line.

They were discovered on January 26.

Maxey became the fifth campaigner to leave the tunnels, after a 16-year-old boy left last Wednesday after 22 days underground.

There are believed to be just two remaining protesters in the tunnel – veteran environmental campaigner Dan Hooper, known as Swampy, and 18-year-old Blue Sandford, daughter of Scottish landowner Roc Sandford.