It comes as a major incident has been declared in London amid “huge concern” at the spread of the Omicron coronavirus variant across the capital. 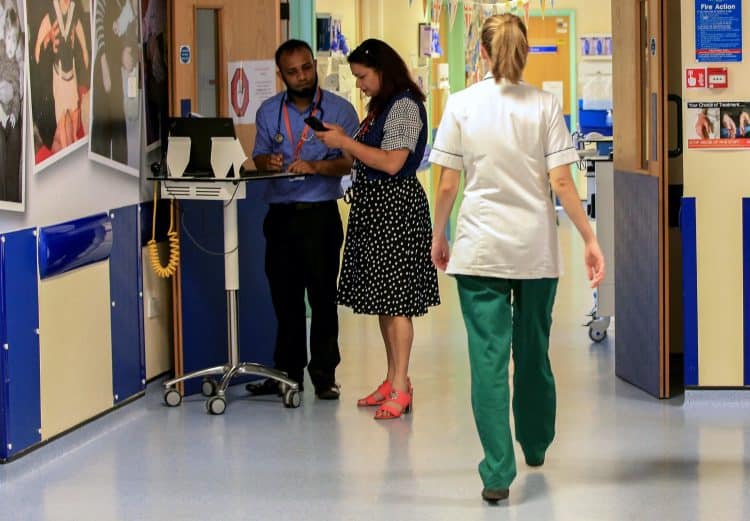 NHS workers are “demoralised” and staff shortages caused by Covid cases are now closing some hospital beds, a nurse in self-isolation has said.

It comes as Britain has another 90,418 Covid cases as a Sage adviser said the UK must lock down before Christmas or it will be ‘too late’.

A major incident has been declared in London amid “huge concern” at the spread of the Omicron coronavirus variant across the capital.

It comes after London Mayor Sadiq Khan said he was “incredibly worried” about staff absences in vital public services including the NHS, fire service and police due to rapidly rising cases.

The 28-year-old, who wished to remain anonymous, said staff have been redeployed to fill gaps in other departments at her hospital “for months” due to staff coronavirus cases, but the situation has “acutely” worsened in recent weeks.

She is set to spend Christmas alone in isolation after testing positive herself.

“I work in surgery and we’ve had to cover other surgical specialities and take on medicine patients too,” she told the PA news agency.

“The staffing has got acutely worse in the last few weeks… all of the wards are short-staffed at all times, some have had to shut beds.”

The nurse added that staff have been “demoralised” by a lack of Government action and poor Covid compliance from some members of the public.

“Morale not helped by Boris (Johnson) and the lack of restrictions to control the outbreak,” she said.

“The Government message on masks and distancing should be clearer.

“When you’ve got hospital visitors who won’t keep a mask on for an hour visit and have to go to supermarkets where so many are unmasked because ‘it’s uncomfortable’, it’s really demoralising when we’ve been trying to keep people safe for two years.”

The nurse said she plans to “keep active” during her isolation and has ordered “a massive Sainsbury’s shop with a Christmas dinner for one”.

But she added: “Really the worst is feeling super guilty that work are even shorter because I’m positive.”

Her comments come after hospital bosses contacted trusts earlier this week encouraging them to “consider contingency options for significant staff absences”, calling for the recruitment of volunteers to help tackle shortages.

NHS England chief executive Amanda Pritchard and medical director Professor Stephen Powis told trusts to “use their staff flexibly to manage the most urgent priorities” and ensure workers are trained so they can be redeployed.

The memo also called on trusts to “accelerate recruitment plans where possible” and bring forward the arrival of “internationally recruited nurses”.

Sent on Monday December 13, the letter also encouraged trusts to take advantage of volunteers, including NHS Reserves, adding: “Although volunteers have been active in many NHS trusts, many more experienced volunteers are willing to help yet remain inactive.”