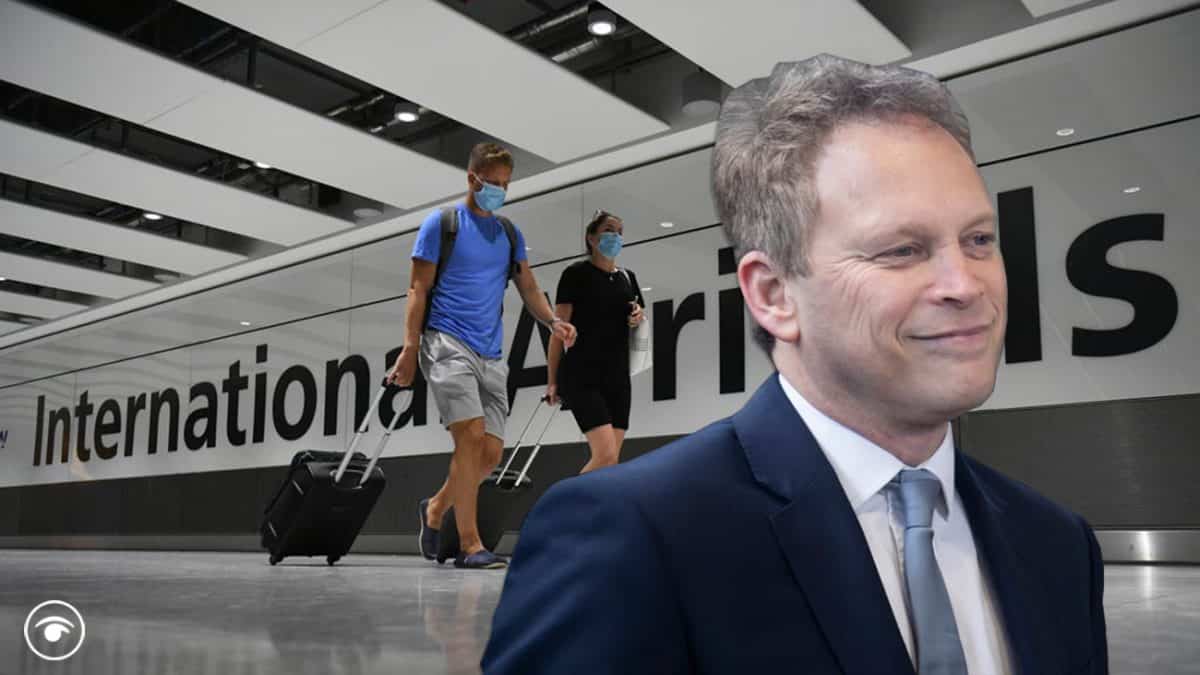 The transport secretary avoided saying why the level of English a EU citizen has is important to come to the UK and be a butcher by saying Britain “voted to take control” – and ignored the subsequent question regarding “how that is going”.

Burley said: “It looks as though Brits don’t want to cut up pigs for the public to eat and we’ve got Europeans who will come and do that, they might not just have as good English as somebody in Wallsend. Why is that a problem?”

Shapps replied: “This country voted to take control of its own borders and that’s what we are making sure happens.”

“How is that going for you?,” Burley reacted.

Shapps continued by saying the UK wants “the best and most skilled people around the world” and insisted Britain is “very globally open”.

He added: “And with the regular visa test, one of the requirements is that people come in with the skills but also the language abilities in order to take up those visas.

“We want people domestically to be able to do those jobs and of course the cheaper labour coming in over many years stops organisations from investing in technology automating the way that we do things.

“It keeps productivity low, we want to be a high productivity, high wage, high skill economy.”

The statements come as the government said it would “allow” butchers to enter the UK on “temporary” visas to counter the crisis on pig farms, as reality continues to chip away at its post-Brexit immigration policy.

Butchers in abattoirs and meat processing plants dealing with pigs will be allowed to come and work in Britain for six months, George Eustice – the environment secretary – announced on Thursday.

It comes after warnings that up to 150,000 pigs could be thrown away, leading to food waste and financial losses for farmers, as the labour shortage in meat processing has led to a backlog of animals ready for slaughter.

But Labour’s Alexandra Bulat has hit out at the announcement made by Eustice.

She said: “This is one of the reasons why we have staff shortages. The attitude this government has towards migrants. Speaking about us as mere commodities “allowed” to come “temporarily” (translation: with fewer rights).

“We are more than a narrow and temporary financial contribution.”

According to the government, a fund will be set up for a private storage aid system in England to allow meat processors to store slaughtered pigs for three to six months so they can be preserved and processed at a later date.