The union also said recent proposals from the UK government will "legalise exploitation". 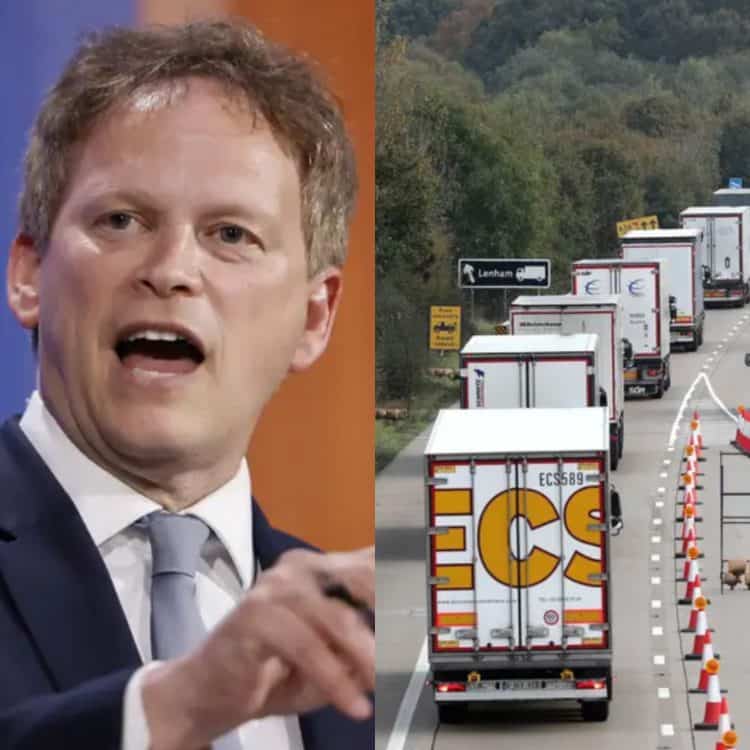 A Dutch union representing EU lorry drivers said European hauliers are laughing at UK’s offer to come help the UK ahead of Christmas on temporary visas.

Edwin Atema, from the Dutch FNV union, spoke about the UK government’s intention to easy supply backlogs before Christmas, by inviting thousands of EU lorry drivers to come to Britain.

“The drivers we speak to are simply laughing,” Atema told BBC News, adding: “Do they really think that we will come to the UK to solve a broken industry?”

Atema also said that proposals from the UK government to allow foreign lorry drivers to make more deliveries in the UK to help fix supply chain problems will “legalise exploitation”.

He argued that in some cases, drivers do not come “out of their free will” and are “isolated in their trucks” and “completely stripped of their rights”.

He also warned that allowing them to do “unlimited transport” in the UK will “ruin” the industry even more.

“This proposal will legalise exploitation in the UK and it’s oil on the fire of a broken industry. It’s ridiculous,” Atema said.

Last month, Atema told BBC Radio 4 Today that EU lorry drivers will not help England with the “shit” it “created”.

“We will not go back to England to help them get out of the shit they created themselves,” he said.

At the time, EU lorry drivers rejected calls for them to come and work in the UK in a damning Facebook post.

Earlier this year, a Romanian lorry driver intending to move back to Romania to work across the EU said there is now more risk, tiredness and pressure on lorry drivers delivering to UK supermarkets.

Viorel Alexandru Onu argued drivers are expected to cover for Brexit-related drivers shortages under even longer working hours approved by the government.

“I think those who focus on delivering goods for supermarkets experience higher stress to do as many deliveries as possible; and to do the same deliveries with the same lorry drivers to make up for the shortages.

“I think that means more tiredness and lack of sleep which can result in accidents.”