“He is made of tough stuff", she said of the man who was nearly knocked down by a tiny scorpion. 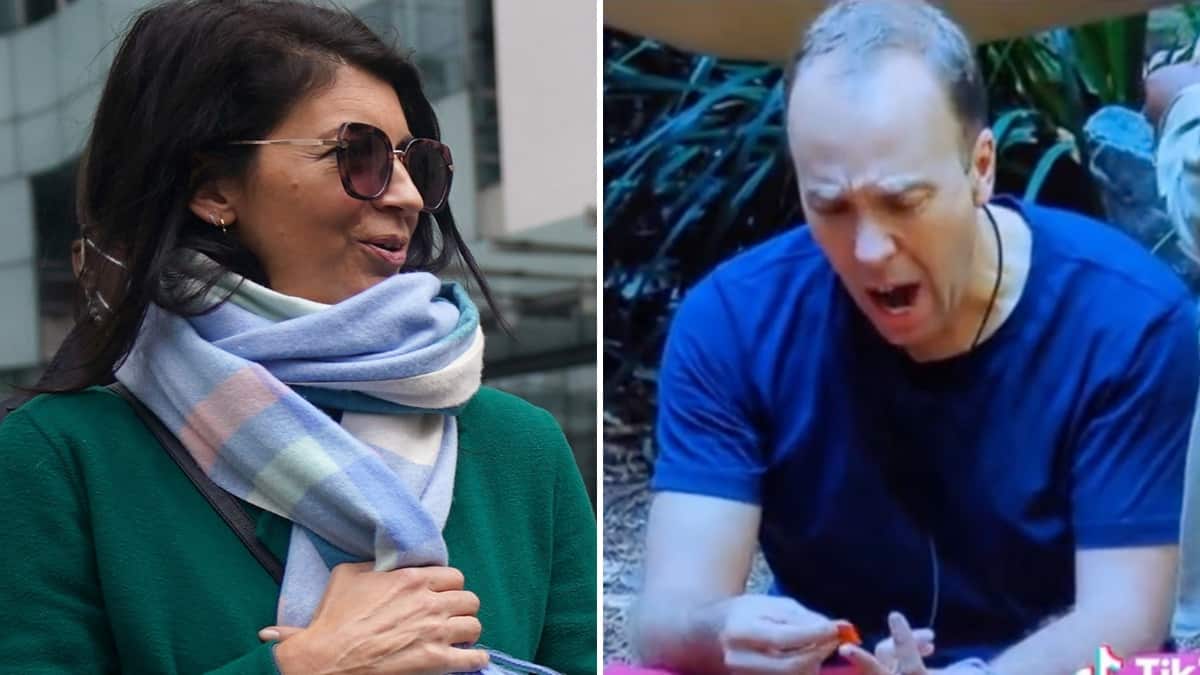 Matt Hancock’s partner and former aide Gina Coladangelo has reportedly arrived in Australia, as tensions in the I’m a Celebrity… Get Me Out of Here! camp continue to rise.

It comes as broadcasting watchdog Ofcom said it had received almost 2,000 complaints about the ITV show – the majority objecting to the former health secretary’s participation.

Ms Coladangelo told the Daily Mirror that it would be “difficult not to be impressed” by Hancock’s performance in the show so far.

The MP for West Suffolk was previously selected for the unpleasant Bushtucker Trials six consecutive times, but has managed to dodge them in recent episodes.

“I have been watching the show, it would be difficult not to be impressed, he has done really well,” Ms Coladangelo told the Mirror.

“He is made of tough stuff. But it is good they are sharing (trials) round now.”

In June last year, the MP resigned as health secretary after he was caught breaking coronavirus social distancing rules by having an affair in his ministerial office with Ms Coladangelo, who was his aide at the time.

While appearing on the reality show, he called his past behaviour a “mistake”, saying that he “fell in love”. He added that he was looking for “a bit of forgiveness”.

He had the Tory Party whip removed when he flew to Australia while Parliament is sitting.

On Wednesday Ofcom announced it had received 1,968 complaints about I’m a Celebrity, with around 1,100 people complaining about Hancock being in the Australian jungle.

Other viewers expressed concerns about how he was being treated by the other contestants.

The complaints were made between November 8 and 14 – Ofcom’s latest reporting window.

Elsewhere, it was revealed that three celebrities will be given the chance to temporarily escape the growing tensions in the campsite.

Hosts Ant McPartlin and Declan Donnelly, delivered the news during Wednesday’s episode, in which viewers saw Boy George voice his growing frustrations with his campmates.

The presenting duo explained that a luxury beach barbecue is up for grabs, which will take place away from the jungle.

Later, viewers saw the celebrities take part in a variety of challenges at the Unfair Funfair in order to collect different coloured plastic balls, with each colour corresponding to a different campmate.

At the end of the two-day challenge, the three celebrities with the most balls will be treated to a surf ‘n’ turf barbecue.

Earlier, tensions appeared to be developing in camp as Boy George shared his irritation over the developing friendship between Scarlette Douglas and Hancock.

The Culture Club singer had grown frustrated with Douglas earlier in the day after she quizzed him about his criminal conviction and the time he spent in prison.

In 2008, Boy George, whose real name is George Alan O’Dowd, was convicted of assault and false imprisonment.

I’m A Celebrity… Get Me Out Of Here! continues on ITV 1.

Related: Tory MP called out by Ash Sarkar after he ‘doesn’t remember’ his own voting record