Lord Heseltine: ‘I do not accept that Brexit is irreversible’ 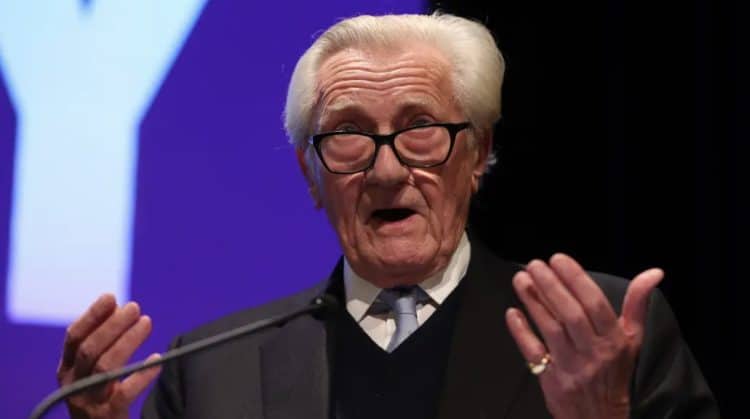 Lord Heseltine says he is refusing to give up the fight on Britain’s EU membership.

Speaking at The Tung Auditorium at the Yoko Ono Lennon Centre in Liverpool during the Heseltine Institute’s inaugural lecture, the former Tory MP and president of the European Movement UK hit out at the promises made during the referendum campaign in 2016.

He said: “Brexit was never going to get done. Brexit was based on an undeliverable set of promises:

“Get our country back, new trade deals, bonfire of controls, end of wealth destroying regulations, immigration controls, no border in Ireland.

Haseltine sent a message to Remainers, too, saying that he “does not accept that Brexit is irreversible”.

“In October an IPSOS MORI Poll reported that 51 per cent of the people thought that Brexit had damaged the economy whilst only 22 per cent thought the opposite.

“Listen, however, to what Warner says about Brexit. He refers to Rishi Sunak’s commitment to building an economy that embraces the opportunities of Brexit.

“He needs to get a move on and indeed articulate precisely what those opportunities are – for six years after Britain voted to leave the European Union all we’ve got to show for it so far is political, economic and financial chaos.

“From an economic perspective there has been zero payback and particularly in the area of international trade and reputation, considerable harm.

“I do not accept that Brexit is irreversible.”