So much for 'people are warming to him'... 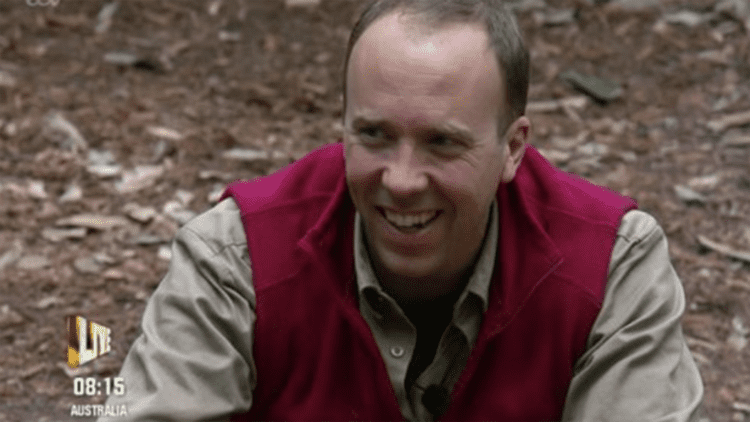 Ofcom has received 1,968 complaints about I’m a Celebrity… Get Me Out of Here! – the majority objecting to Matt Hancock’s presence on the ITV show.

The broadcasting watchdog said it would assess the complaints against its broadcasting rules before deciding whether to investigate.

Around 1,100 people complained about former health secretary Hancock being in the Australian jungle.

Other viewers expressed concerns about how he was being treated by the other contestants.

The complaints were made between between November 8 and 14 – Ofcom’s latest reporting window.

The regulator said in a statement: “It’s worth being aware that under our rules, in principle – and taking into account freedom of expression – there’s no ban on any particular person taking part in programmes.

“However, if the mere presence of a person is likely to cause offence, we would expect broadcasters to take steps to mitigate or justify that offence. How they do that editorially is up to them.”

Hancock has faced criticism from opposition politicians and from within his own party for joining the show, with the Tory whip suspended.

Prime Minister Rishi Sunak said Hancock’s decision to enter the jungle was not “noble” because he was failing to prioritise his “constituents and our country”.

Speaking to reporters travelling with him to the G20 summit in Bali, Mr Sunak said: “I think politics at its best can and should be actually quite noble.”

On Tuesday, campaigners flew a banner over the I’m A Celebrity campsite, reading: “Covid bereaved say get out of here!”

Before the show’s launch, executive producer Olly Nash defended the decision to sign up Hancock.

He told ITV News: “We’ve put in loads of politicians over the years, we also put in people who have had very strong views about certain things, and sometimes it plays out in camp and sometimes it doesn’t.

“It’s not a question of trying to divide camp, we have never been a deliberately divisive camp. It’s up to them to come into the camp and it’s up to them if they want to leave.”

Ofcom also had 112 complaints about Coronation Street relating to a storyline about racial violence.