Not one to shy away from making his political opinions known, he grasped the opportunity to take a swipe at the PM. 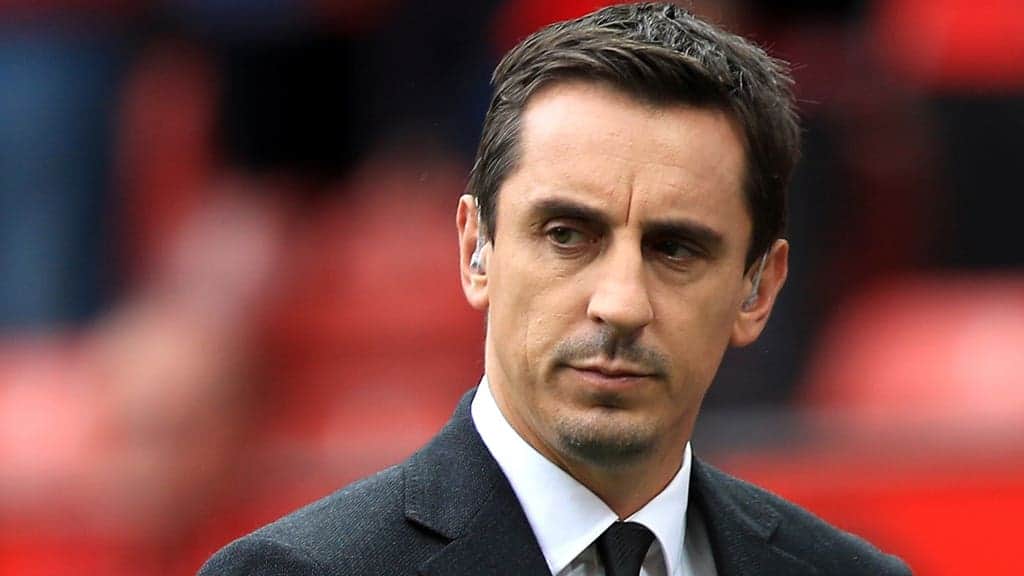 Gary Neville has hit out at a Twitter troll who told him to leave Boris alone, saying he will once he is replaced with someone who ‘doesn’t lie’

It comes three days after the football pundit criticised the prime minister after a number of England footballers were racially abused online, saying the behaviour “starts at the top”.

Several players were subjected to appalling racism in the aftermath of the Euro2020 final last Sunday, with Marcus Rashford, Jadon Sancho and Bukayo Saka all having their pages flooded with xenophobic comments.

I will when he leaves office and is replaced with someone competent and doesn’t lie https://t.co/JwXLQuDrfj

He told Sky News: “I’m just reading the breaking news, it says the PM condemns racist abuse of England players. Southgate and the players a few weeks ago, five days on the trot, told us they were taking the knee to promote equality and it was against racism.”

“The Prime Minister said it was ok for the population of this country to boo those players who were promoting equality and fighting against racism.

“It starts at the very top. So for me, I wasn’t surprised in the slightest this morning when I woke up to those headlines. I expected it the moment that the three players who missed – missed.

“The fact of the matter is, there is an issue within football and within society where we think it’s acceptable to criticise players for sporting actions because of the colour of their skin.

Respectful, humble, he tells the truth

Not one to shy away from making his political opinions known, he grasped the opportunity to take a swipe at Johnson following England’s semi-final victory over Denmark.

The pundit spoke affectionately of Gareth Southgate’s leadership style and drew a cutting comparison with that of our current political helm.

Speaking on ITV, he said: “The standard of leaders in this country the past couple of years has been poor, looking at that man (Southgate), he’s everything a leader should be, respectful, humble, he tells the truth.”

He added: “We’ve never done this before in our lifetimes. These lads have to focus but we don’t have to. This country is bouncing, national holiday, enjoy yourselves!”

‘You will not be going to the match – no ifs, no buts’

The prime minister yesterday announced plans to ban those who had engaged in racism online from coming to football games in England after Keir Starmer accused him of stoking a ‘culture war’.

Johnson also warned social media companies on Tuesday of considerable fines for allowing people to post racist comments unsanctioned, which they will be subject to under the Online Harms Bill.

“We could all see what’s happened here. The government has been trying to stoke a culture war and they’ve realised they’re on the wrong side, and now they’re hoping nobody has noticed,” Starmer told MPs.

Johnson refused to accept Starmer’s accusation that he had incited a “culture war”, saying: “We stick up for them and what we’re doing is taking practical steps to fight racism – changing the football banning regime, fining the online companies, and we will use more legislation if we have to – just as we used the threat of legislation to stop the European Super League.

“I don’t want to engage in a political culture war of any kind, I want to get on with delivering for the people of this country.”

‘If you are guilty of racist abuse online of footballers, then you will not be going to the match – no ifs, no buts’