"My highlight was when you threatened to sue a school if they didn’t stay open while the virus raged and then opened the schools for one day and then closed the schools, because of the virus." 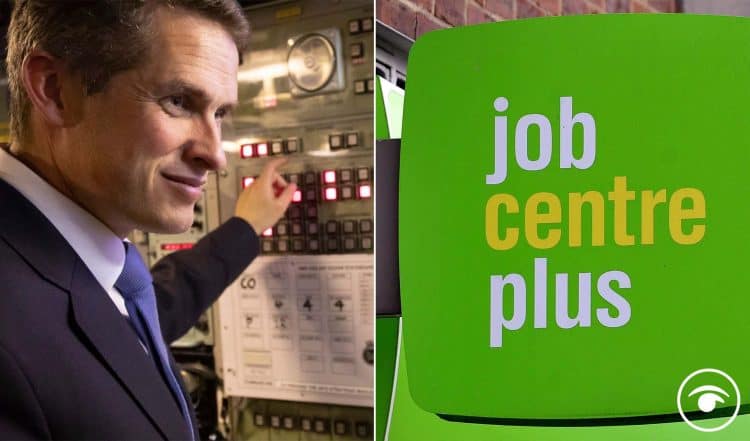 Gavin Williamson came under repeated pressure to resign over his handling of disruption to schools during the pandemic and the fiasco around grading of GCSE and A-level students amid cancelled exams.

After more than two years in the job, his time as Education Secretary has finally come to an end as he declared he was “proud” of his post-16 education reforms “despite the challenges” of the pandemic.

Only last week, the 45-year-old MP for South Staffordshire faced further criticism after he said he had met footballer Marcus Rashford online, when he had instead talked to rugby player Maro Itoje.

In an interview, Mr Williamson – who acquired the nickname Private Pike, after the hapless Dad’s Army character – said he believed he had met Rashford, who forced the Government into a U-turn on free school meals provision during the pandemic, on a video call.

But he had met England rugby star Itoje, who has campaigned for ministers to close the digital divide.

Born and raised in Scarborough, Mr Williamson went to a local comprehensive school and sixth-form college before studying at the University of Bradford.

His state school background was not enough to win over many teachers, students and parents during the Covid-19 pandemic, which dominated Mr Williamson’s time in office and led to a series of U-turns.

In summer 2020, he faced calls to resign over the A-level and GCSE results row after the Government was forced into a U-turn following protests over the downgrading of thousands of results.

He also received criticism over the recovery plan to help pupils catch up and confusion around children returning to class amid Covid-19.

In December, heads and unions were not happy when Mr Williamson threatened legal action against Greenwich council if it failed to keep its schools open to all pupils until the end of term, despite a rise in cases.

Mr Williamson also faced calls to step down amid criticism of inadequate free school meal provision for pupils, and again after the schools catch-up tsar resigned over the Government’s £1.4 billion education recovery fund.

Announcing his departure as Education Secretary, the former fireplace manufacturing firm managing director said he looked forward to “continuing to support” the Prime Minister and the Government.

It is unclear whether he will take another cabinet role, but Mr Williamson is no stranger to ministerial posts.

Before his time at the Department for Education, he became known for a tendency to put his foot in his mouth as defence secretary.

At the height of the furore over the Salisbury Novichok attack in March 2018, Mr Williamson urged Russia to “go away and shut up”.

He was sacked as defence secretary in May 2019 following an inquiry into the leak of information from a National Security Council meeting about Chinese telecoms firm Huawei’s involvement in the development of the UK’s 5G mobile network. Mr Williamson denied being the source of the leak.

Before this, Mr Williamson had been a vital part of Theresa May’s inner circle after being appointed as her chief whip when she took office in July 2016.

As a whip, he was best known in Westminster for keeping a pet tarantula named Cronus in a glass box on his desk, which is said to have provided added menace when dealing with errant MPs.

From these reactions he won’t be missed…