Robert Jenrick and Robert Buckland have been sacked - and Michael Gove is the new Housing Secretary. Follow along. 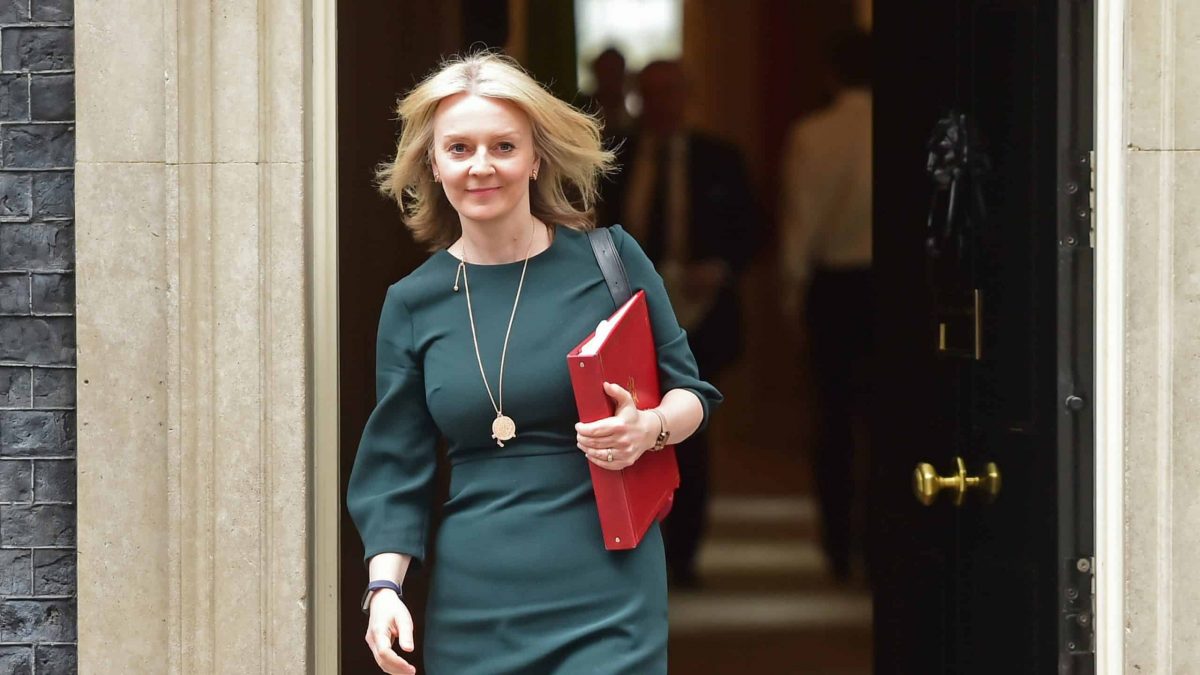 After weeks of speculation, Boris Johnson is reshuffling his Cabinet. Follow live as we keep you posted with all the comings and goings. Refresh for updates.

Kwasi Kwarteng has kept his job at BEIS. And with that, most of the big moves are made, so we’ll call it an evening. Thanks for reading.

Any more for any more? Anne Marie-Trevelyan – once of DFID – is the new Trade Secretary, replacing Liz Truss.

And Steve Barclay takes over from Michael Gove as Chancellor of the Duchy of Lancaster and Minister for the Cabinet Office.

Labour, meanwhile, is keen to point out that the sacked Tory ministers are in for big severance packages… while cutting Universal Credit from millions in their constituencies.

And Nadhim Zahawi, fresh off the vaccine beat, replaces Gavin Williamson at Education – where, one suspects, he’ll have quite a lot on his plate this year. Cheers, Gav.

Someone staying put: Ben Wallace. After overseeing the Afghanistan evacuation effort, he stays at the Ministry of Defence.

Who’s next? Anne-Marie Trevelyan has arrived at No 10. She’s tipped for Gavin Williamson’s old job.

And Nadine Dorries – a successful novelist, remember – has been confirmed as the new Culture Secretary.

Oliver Dowden has been appointed Cabinet Office minister – and co-chair of the Tory party.

Dowden looks to be heading to CCHQ to replace Amanda Milling as Tory party chair.

Mark Spencer is staying as Chief Whip. Some had tipped him for a move to DEFRA.

Sounds like Nadine Dorries – currently a health minister – is getting a promotion. Looks like she’ll be off to DCMS.

Michael Gove is the new Housing, Communities and Local Government Secretary, with an extra responsibility for the Union. Expect more late-night jaunts to Aberdeen.

Gove will also be put in charge of ‘levelling up’. He’ll be a busy man.

Remember: Truss is quite comfortably the most popular Cabinet minister among Tory members. The move to Foreign Secretary will burnish her leadership credentials still further.

So where are we? Liz Truss is still in Downing Street. She’s expected to replace Raab as Foreign Secretary.

Michael Gove is there too; he’s expected to take over as Housing Secretary.

And Oliver Dowden, the Culture Secretary, has just arrived too. He’s tipped to take over from Gavin Williamson at Education.

And another: Amanda Milling is out as Conservative Party chair.

In the least surprising news of the day, Rishi Sunak remains Chancellor of the Exchequer.

…and now Liz Truss is in Downing Street. Are we about to have a new Foreign Secretary?

White smoke! Dominic Raab has a new job. He has been confirmed as Justice Secretary, Lord Chancellor and Deputy Prime Minister.

Dominic Raab, with a face like thunder, has just walked into Downing Street.

Johnson has left Parliament and is on his way back to Downing Street, Guido reports. Does that mean the sackings are over?

Latest from the rumour-mill: Priti Patel may well be safe. Gove could be off to MHCLG. Steve Barclay, Chief Secretary to the Treasury, could become Minister for the Cabinet Office – which, as it stands, is Gove’s job.

All of a sudden there are lots of departments without ministers. Who will fill the gaps? Harry Cole of The Sun reports that Michael Gove may well be on his way to MHCLG as Jenrick’s replacement – possibly with a ‘Save The Union’ brief appended to it.

Robert Jenrick has been sacked. A long-time Johnson loyalist, he said he was “deeply proud” of “all we achieved” at the Ministry of Housing, Communities and Local Government.

What is Labour saying about today’s reshuffle? Well, the party has accused Boris Johnson of “warped priorities” by embarking on a reshuffle just as MPs prepare to slash Universal Credit.

A spokesperson for the Labour Party told LabourList: “They have a chance to cancel the cut to Universal Credit that will affect millions of families across the country. Instead, once again, they are more concerned about jobs for their mates.”

Has Buckland been sacked to make way for Dominic Raab? The Lobby’s best and brightest certainly think so.

Confirmed: Robert Buckland is out as Lord Chancellor. This will surprise some – he has genuinely been viewed as one of the more competent ministers.

As Danny Shaw, former Home Affairs guru at the BBC points out, Buckland “understand the criminal justice and courts landscape”. And his departure means we’re now onto the eight justice secretary in ten years. No wonder the justice system is a mess.

Who’s next? According to Robert Peston of ITV, Priti Patel is “not looking happy”. But that could be about anything, of course.

More news… Robert Buckland, the Justice Secretary, is out too.

According to the BBC’s Laura Kuenssberg, Dominic Raab – who remains, for now, the Foreign Secretary – has been tipped for Buckland’s old job at the Ministry of Justice.

Who will replace Gavin? Jason Groves of the Daily Mail suggests Liz Truss, Oliver Dowden and Kemi Badenoch are all in the mix. But, then again, Truss has been linked with almost every job under the sun in the last few days.

Gary Neville certainly seems pleased to see the back of Williamson.

CONFIRMED: Gavin Williamson is out as Education Secretary. He tweeted that it had been “a privilege to serve”, and claimed to be “particularly proud of the transformational reforms” he oversaw. Hmmm.

Williamson does not appear to have been offered a new brief. In a follow-up tweet, he said he would “look forward to continuing to support the Prime Minister and the government”… from the backbenches?