The positive test is related to a previous case, and comes after an evacuation flight arrived in England from China. 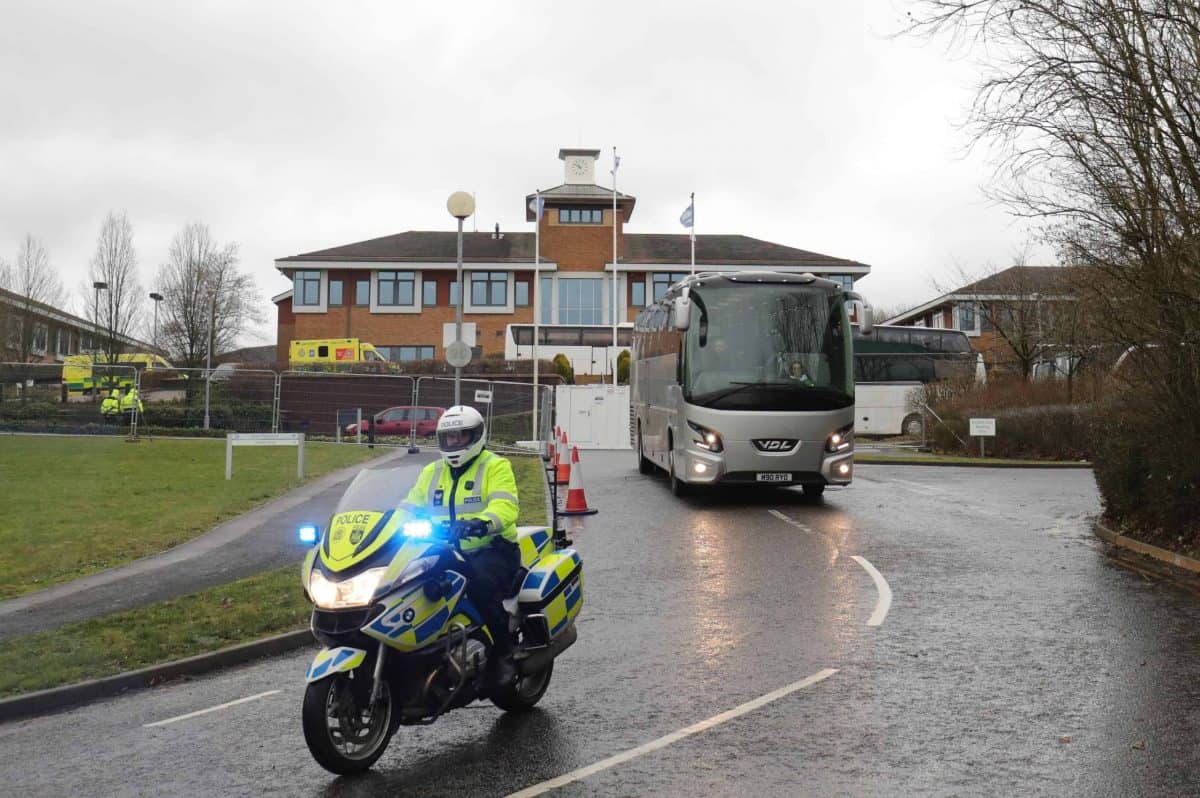 Another person has tested positive for coronavirus in England, bringing the total number of cases in the UK to four.

The latest patient diagnosed had come into contact with a previously confirmed UK case and is being treated at the Royal Free Hospital in London, chief medical officer for England Professor Chris Whitty said.

The new case comes after another plane carrying British citizens evacuated from the coronavirus-hit city of Wuhan landed in Oxfordshire.

The flight, with more than 200 people on board, including some foreign nationals, arrived at RAF Brize Norton shortly before 7.30am on Sunday.

The Foreign and Commonwealth Office said it was the second and final flight to be chartered by the Government and had British Government staff and military medics on board.

As the death toll in China from the virus rose to 811, Prof Whitty said: “A further patient has tested positive for novel coronavirus in England, bringing the total number of cases in the UK to four.

“The new case is a known contact of a previously confirmed UK case, and the virus was passed on in France.

“Experts at Public Health England continue to work hard tracing patient contacts from the UK cases. They successfully identified this individual and ensured the appropriate support was provided.

“The patient has been transferred to a specialist NHS centre at The Royal Free Hospital, and we are now using robust infection control measures to prevent any possible further spread of the virus.

A further patient in England has tested positive for coronavirus bringing the total number of cases in the UK to four. The individual acquired the virus in France.

“The NHS is extremely well prepared to manage these cases and treat them, and we are working quickly to identify any further contacts the patient has had.

“This patient followed NHS advice by self-isolating rather than going to A&E. For the latest advice visit gov.uk/coronavirus.”

As of 2pm on Sunday, the Department of Health said a total of 795 tests were concluded in the UK, with four testing positive and 791 confirmed negative.

The latest confirmed case comes not long after five Britons tested positive for coronavirus in France.

The four adults and a nine-year-old child were diagnosed after they came into contact with a British national who had recently returned from Singapore, the French health ministry said.

The five British nationals, who are not in a serious condition, were staying in the Alpine resort area of Contamines-Montjoie near Mont Blanc.

French officials said the British national who was in Singapore returned on January 24 and stayed for four days in the area in eastern France, before returning to England on January 28.

The five Britons whose diagnosis was confirmed, as well as six compatriots with whom they had close contact, were taken to hospitals on Friday night in Lyon, Saint-Etienne and Grenoble.

The ill child lives in Contamines and attends a local school, and took French classes at another local school, regional officials told a news conference on Saturday.

It is understood the third case confirmed in the UK is a man who caught the illness in Singapore.

He is reported to be a middle-aged British man and is understood to be the first UK national to contract the disease.

He is thought to have been diagnosed in Brighton and was transferred to St Thomas’ Hospital in London, where there is an infectious diseases unit, on Thursday afternoon.

Two other patients who had recently travelled from China are being treated at the Royal Victoria Infirmary infectious diseases centre in Newcastle.

One is a student at the University of York, while the other is a family member.

The fourth UK case was confirmed not long after a British man in Majorca tested positive for coronavirus.

His wife and two daughters tested negative, the government in the Balearic Islands said.

The passengers on the charter flight have been taken to the Kents Hill Park hotel and conference centre in Milton Keynes, Buckinghamshire, where they will be quarantined for 14 days.

The ambulance service said the presence of the group in Milton Keynes would not present a risk to local people.

The first group of Britons who returned on a flight last month are continuing their quarantine at Arrowe Park Hospital, Merseyside.

Elsewhere, British honeymooner Alan Steele, who was transferred from the cruise liner Diamond Princess to hospital in Japan with coronavirus was said to be feeling well and in good spirits.

Mr Steele, from Wolverhampton, was moved to hospital on Friday while his wife Wendy remained on board the ship.

The liner had been isolated in the port of Yokohama before going back out to sea, with 61 people taken to hospital after testing positive for the virus.