Jon Stockley, 45, has enjoyed a long and illustrious career as a firefighter since joining as a teenager back in 1990 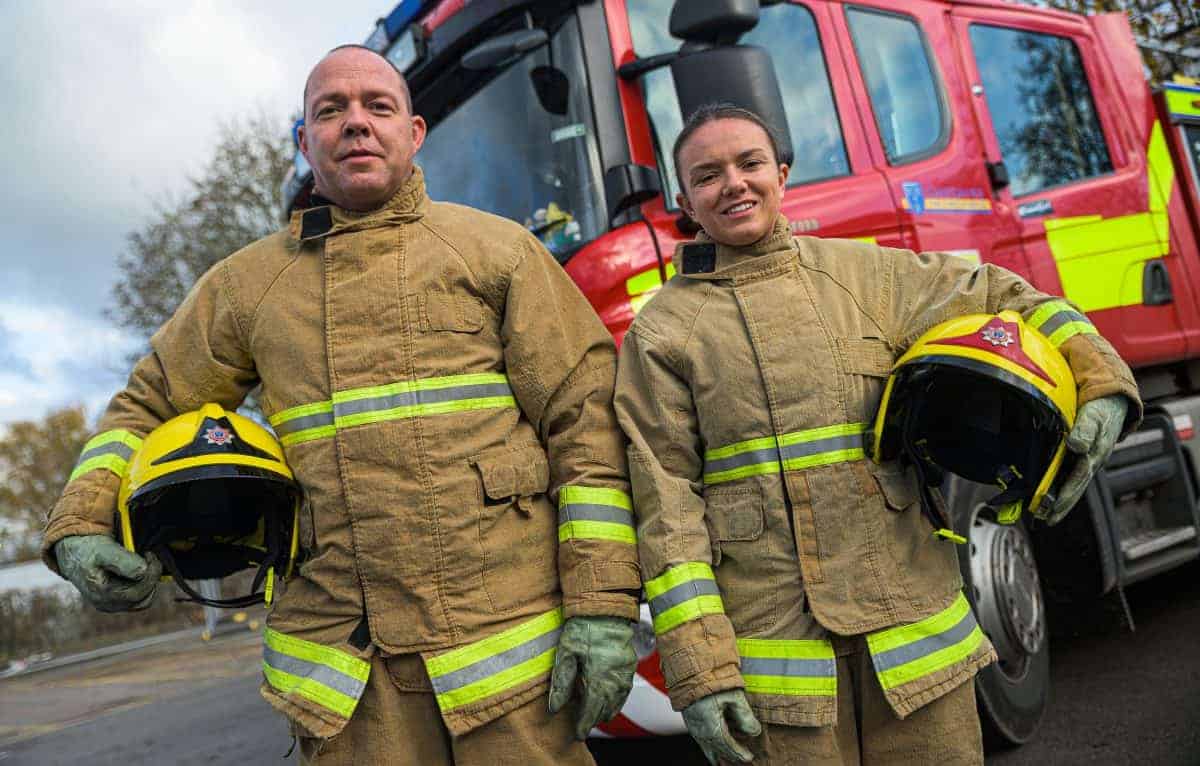 A veteran firefighter has spoken of his “immense pride” after his daughter joined the same service as an apprentice.

Jon Stockley, 45, has enjoyed a long and illustrious career as a firefighter since joining as a teenager back in 1990.

Little did he know that 30 years later his daughter Beth, 25. would join the very same service – Cheshire Fire and Rescue.

Beth said she has always wanted to help people and was inspired by her dad, who she grew up watching on the job.

She added: “Having grown up with my dad being a firefighter, I decided this was the career for me.”

Jon, who lives with his family in Penyffordd, Wales, said there’s “no limit” on how proud he is of his daughter.

He added: “I was really pleased and excited for Beth to join the service.

“It has been really enjoyable coming to work and seeing her working in the same office.

“I find it incredibly humbling when colleagues that I have known over the years come to me and tell me that Beth is an absolute credit to me and how focused on her work she is.

“I have no doubt she will continue to make me feel immensely proud as she faces some of the similar challenges, incidents and events that I have in my time with the service.”

Jon got the idea to be a firefighter after attending a careers event at school and getting into conversation with two serviceman.

He started training with Cheshire Fire and Rescue Service in 1990 and qualified two years later.

Jon said: “I have got to see some things that most people wouldn’t experience in their lifetimes.

“Not all of the job is as people would expect – blood, pain and misery.

“If I really look back at my time as a firefighter, I have seen some truly amazing sights, situations and rescues that all outweigh the often unpleasant things we have to deal with.”

Beth, who stands a little over five feet, admits having some reservations before starting her training.

She said: “There were a couple of things I was worried about before joining, the main worry was my size – as I am very petite.

“However, having used some of the fire equipment on my course I found that I just needed to change my technique slightly to enable me to complete the tasks.

“I also worked on my fitness and strength so that I was ready.

“Everyone who I have worked with so far has been incredibly supportive and inclusive.

“It is a career that will not only change my life but also help save the lives of others – something I have always wanted to do.”

Jon and Beth are telling their story to mark the end of National Apprenticeship Week last week (3-9 Feb).

She has joined up as a Firefighter and Community Safety Apprentice, which is a 36 month course.