It projected that temperatures in Paris could reach up 26C in the morning, before rising to 40C after midday in 2050. Last month it hit 34C before reaching a record 42.6C. 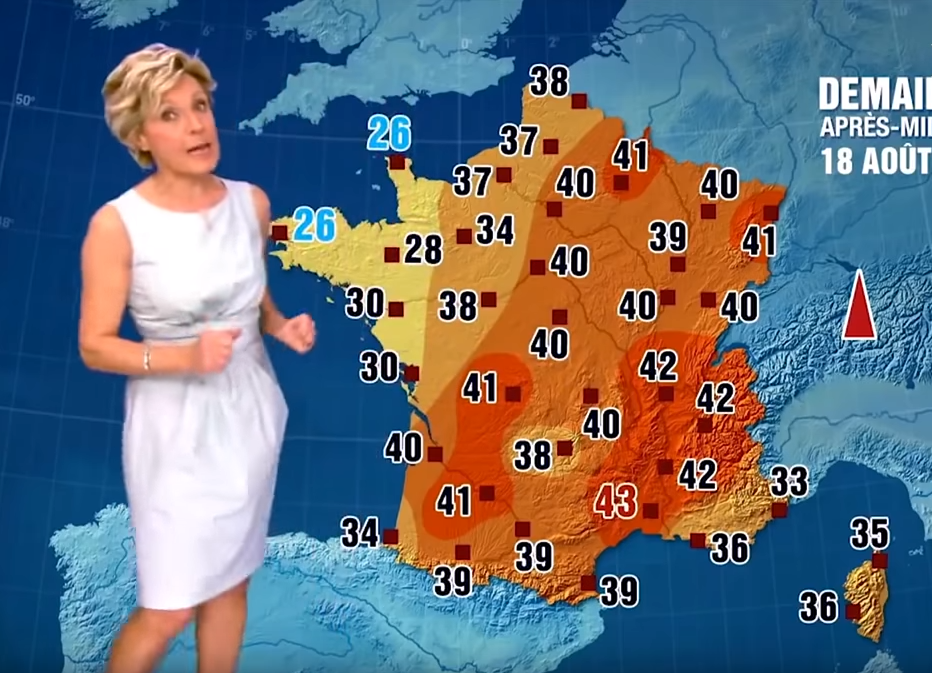 A fictional weather report produced by a French television channel in 2014 has been making the rounds on social media this week after its doomsday forecasts came true 30 years early.

Forecaster Evelyne Dheliat cast a distant warning about the escalating threat of climate change in the video, with one clip featuring high profile weather conditions during the year 2050.

It projected that temperatures could reach up 26C in the morning, before rising to 40C after midday.

But last month the French capital hit a far more extreme 34C by 10am, before reaching its record 42.6C in the late afternoon.

The comparison between the present and 2014’s dystopian weather report was first made by French weekly L’Obs.

It has been circulated as record temperatures were hit across Europe, including in the UK where Mercury soared to 36.9C at Heathrow.