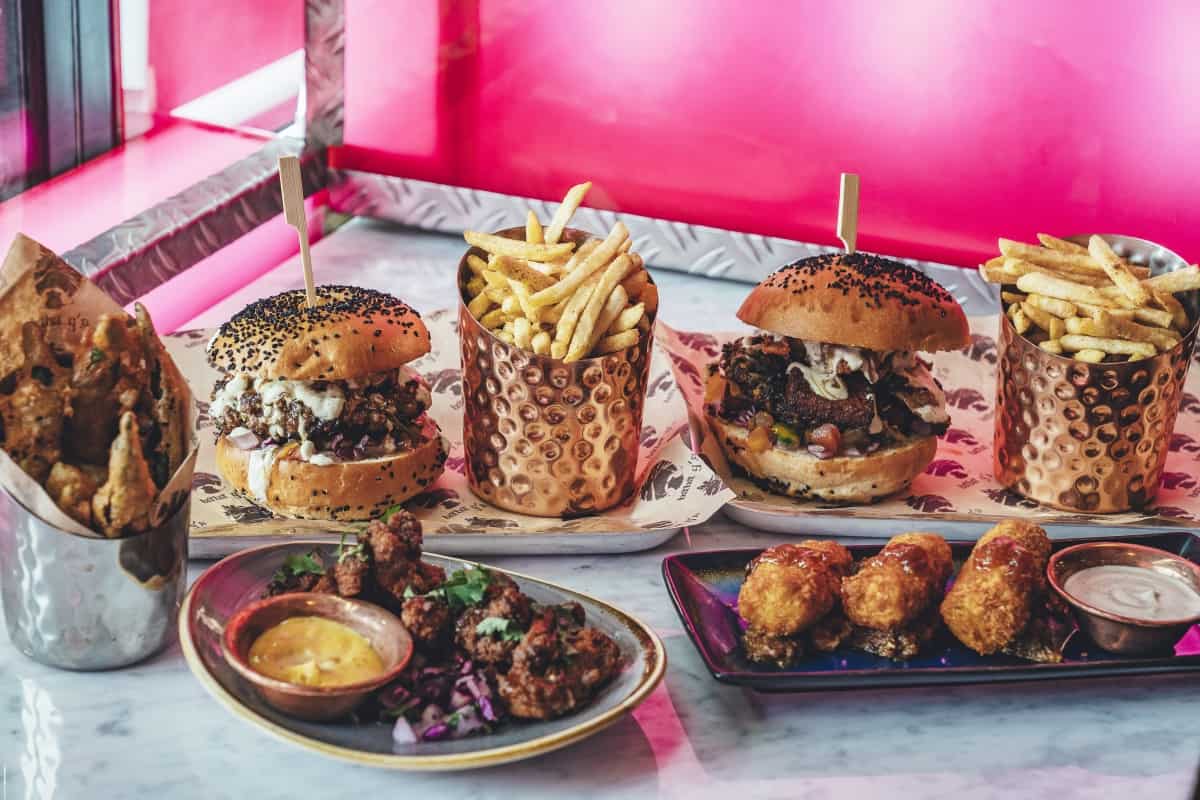 Camden and its hive of markets have undergone much regeneration over the past five years. Long gone are the punks, replaced by countless signs of zealous, obsessive gentrification. Following the fire of 2008, which destroyed ‘Camden Lock Village’, most of the space was transformed into a collection of hole-in-the-wall street food operations, complete with kitsch Vespa-inspired seating. Two fires have since devastated the area (the latest at Camden Lock Market in 2017), while the Lock Village remains completely unoccupied at the time of writing, set to be redeveloped. Across the road, the stables and Camden Lock market have also transformed beyond recognition.

Over the past year, however, a great deal of attention has been paid to redeveloping the Stables and the nearby North Yard’s food offering. A follow-up to Brick Lane’s controversial Cereal Killer Café has opened here; Italian Alley acts as a parade of Italian-inspired operations; Kerb continues to dominate the West Yard, and Baba G’s has opened its first sit-down restaurant.

Having traded as a street food operation for over a decade, business partners Alec Owen and Liz Selway participated in BBC2 reality series ‘My Million Pound Menu’ and received £300,000 of investment from chef Atul Kochhar towards launching their first bricks and mortar site. Set between the famous Amy Winehouse statue and The Camden Grocer, the 50-seat restaurant is bedecked with a large open kitchen, exposed brickwork, neon signage, steel framed tables and graffiti-style art; including a mural of the Indian holy man (baba) in homage to the inspiration behind the entire operation.

Here, the brand’s popular ‘bhangra’ burgers form the menu’s core, applying an Indian twist to a comfort food classic, joined by some additional creations exclusive to Baba G’s. A recent dinner began with a riff on loaded nachos, instead favouring poppadoms (playfully named ‘pachos’) embellished with a riff on tomato salsa, mint raitha, green chilli and sweet mango pulp (£6); pairing well with the restaurant’s own Baba Golden lager (£5.50) brewed with Bavarian hops. Chicken tikka nuggets (£6.50) included hunks of tandoori chicken finished in the deep-fryer before being rolled in a sweet-sour tamarind and date dressing that compensated for the nuggets’ dryness.

As for the burgers, the signature Jalfrezi lamb burger (£9) was served as a colossal tower comprising a bun capped with black onion seeds, a well-cooked lamb patty rampant with cumin and coriander, raitha, fresh chilli pickle and more of that mango pulp to restore balance. The chicken tikka burger (£9), meanwhile, included thighs marinated for 24 hours, crowned with a rich tamarind dressing and an onion bhaji. On the side, a dish of loaded masala fries (£7.50) boasted a generous slathering of raan lamb, topped with raitha, chilli sauce and pickles – another example of the Indian-inspired comfort food that Baba G’s has become so renowned for. A strong foundation for North Yard’s constantly developing food offering.