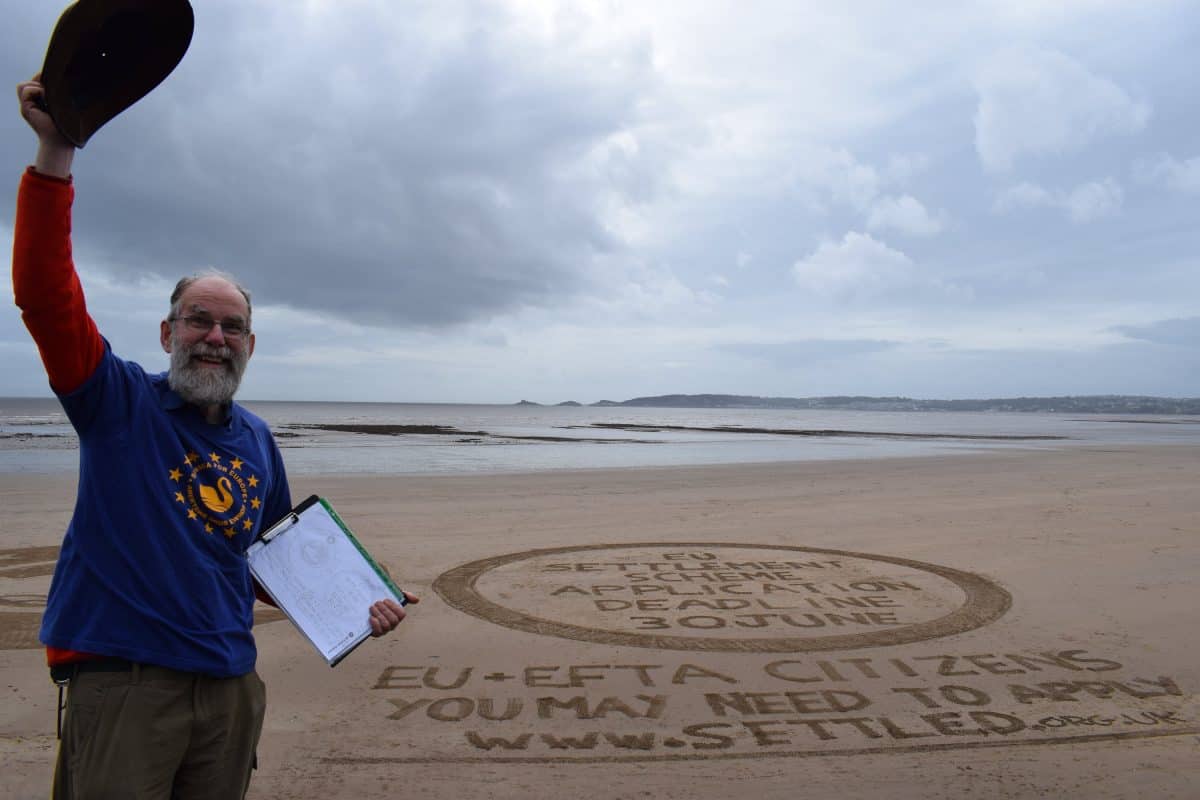 The strong online response came as European Commission president Ursula von der Leyen joined other presidents of EU institutions at a conference hosted by the European Parliament in Strasbourg.

She delivered an emotional speech, in which she said the event was a “real opportunity to bring Europeans together”, rallying “around a common ambition for our future, just as previous generations did”.

Here are some of the best and most important reactions from the 71st anniversary of the European Union.

Brussels’ most famous resident, Manneken Pis covered up for the day. Dressed in blue and yellow, the European Union flag definitely looked good on him.

And more than 1,300 musicians from dozens of countries united online to play Beethoven’s ‘Ode to Joy’.

In doing so, they beat the World Record for the largest virtually-performing music ensemble.

The symphony was adopted as EU’s official anthem in 1985.

And an online playlist compiled by the European Commission had songs in various EU languages, from French and Portuguese to Slovenian and Bulgarian.

‘Don’t go’ by Hothouse Flowers was among the songs featured.

EU citizens in the UK: Apply for Settled Status

Citizens from across the European Union who are residents in the UK urged others in a similar position to apply for the Settlement Scheme by June 30.

And Head of the EU Delegation in the UK João Vale de Almeida, who has spoken to The London Economic about the “unprecedented” EU-UK agreement, also sent a reminder to EU citizens in the UK.

He marked Europe Day by meeting independent charity Settled for a picnic in London. Over the past month, the organisation helped 10,000 EU citizens to stay in the UK after Brexit.

And campaign group Swansea for Europe wrote a big warning on beach sand, reminding EU citizens of the application deadline.

Did you know these facts about Europe?

Do you know which country has the most castles in Europe? Or how many languages are spoken across the continent, and how much of Europe’s population can speak English?

Journalist Becca Carey put together a video with some of the most interesting facts about the EU.