“The world around us reminds us of the importance of a shared sense of purpose and that none of us can go it alone.” 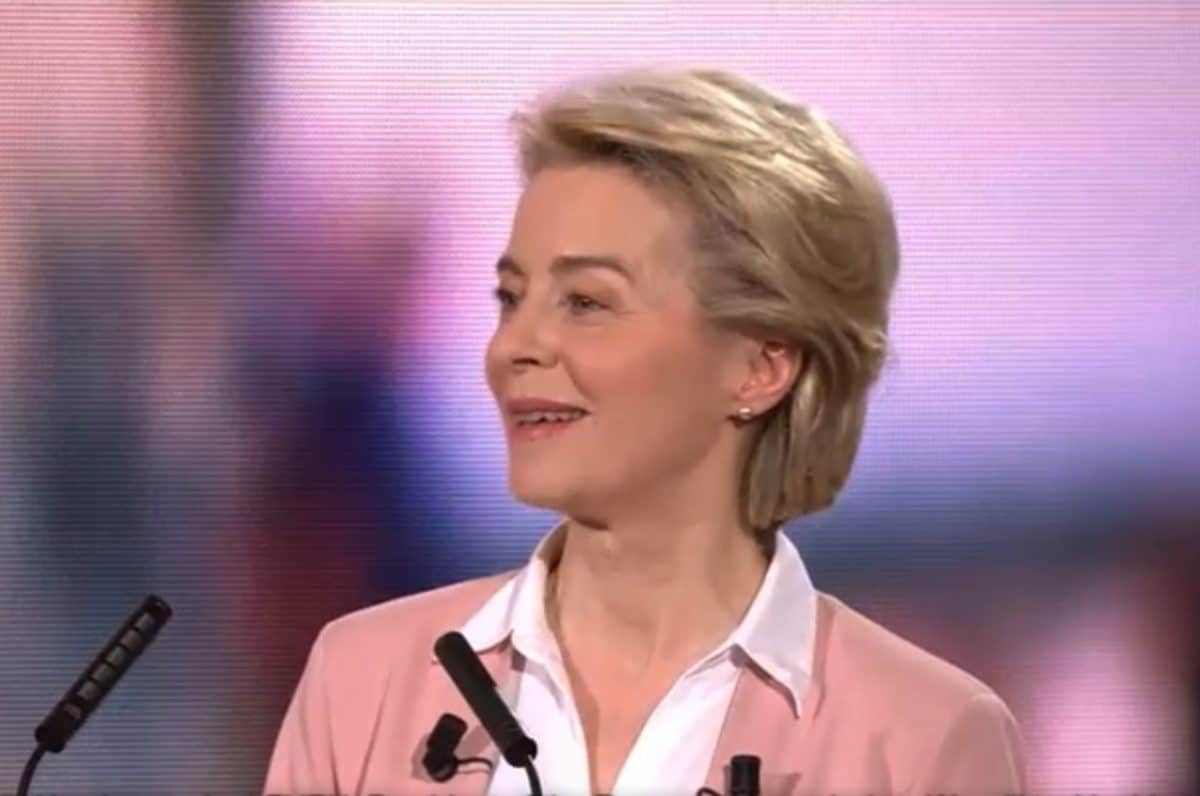 European Commission President Ursula von der Leyen gave an emotional speech as she marked Europe day at an event hosted by the European Parliament in Strasbourg.

During the Conference on the Future of Europe, presidents of EU institutions delivered speeches on their vision for Europe.

Von der Leyen said the conference was a “real opportunity to bring Europeans together”, rallying “around a common ambition for our future, just as previous generations did”.

She said: “For some, the narrative of peace is not as compelling as for others. This is an opportunity to help build a new common purpose for all Europeans.

“We see how important that is when we look at the world around us, globalised but fragmented. Full of contradictions and confrontations. It reminds us of the importance of a shared sense of purpose and that none of us can go it alone.”

We need to change to tackle climate change

Von der Leyen said we need to change so that “our grandchildren can still experience spring, summer, autumn and winter”.

She said the risks are similar to those from exactly 71 years ago, when French minister Robert Schuman made his declaration in order to pacify international relations: “At the time, he was looking at the desolation and destruction caused by war, but let’s not kid ourselves, there is just as much at stake now, because climate change can rapidly produce the same destructive effects as a war.”

She said the environment is currently the most important issue for the European Union due to its risks for current and future generations.

‘Becoming a grandmother made me want to build a better world’

Von der Leyen spoke of becoming a grandmother for the first time a month ago, and how that informed her feeling of responsibility to make the world a better place.

She said: “The first caress with my young granddaughter was one of those moments that really, really allows you to get your priorities right and remind you of what really matters in life during that moment of tenderness, of love.

“She showed me one thing that we must never forget, that we always owe it to the world to allow them to believe in the world and that we are old enough to make that difference happen.

“I did what all new parents and new grandparents do and always have done. I thought of all of the opportunities and I try to imagine the kind of world that she would grow up in. Would there be forests? Will there be any fauna left? Or maybe it will only be remaining in history books or films.”

The future of Europe is down to us

The EC president also wondered what Europe will be standing for – respect, diversity and union or division as per the past?

She said this may seem a large or distant problem, but that present action “will determine the answers that we will be looking for tomorrow”.

She ended her speech by referencing Antoine de Saint-Exupéry. She said: “The most beautiful profession a man can have is that of bringing men together. It’s up to us now to keep on doing that. Thank you. Long live Europe.”

Related: Von der Leyen: Europe is vaccinating the world whilst others are ‘keeping to themselves’